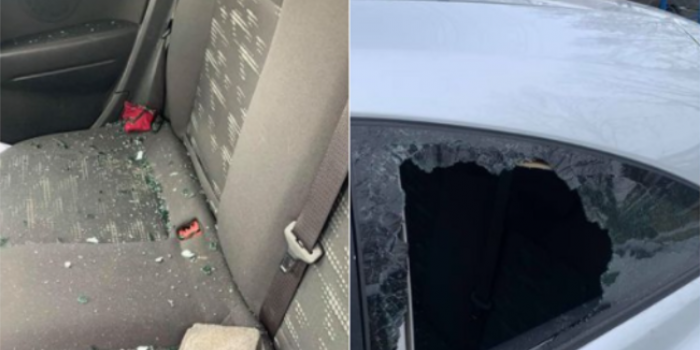 A car belonging to a journalist Olga Ferrar was damaged in the town of Zdolbuniv (Rivne region). She told about it commenting on the incident for the ZMINA edition.

Some unknown people smashed the side window of the car with a paving block on the night of February 1-2.

“It happened at night, but I noticed it in the morning, when I approached my car. It happened in the yard, in a private courtyard. In my car, the policemen found the stone with which this crime was committed, took fingerprints, previously said that it was a man in gloves, he brought the pavement to the crime scene, ”she said.

Ferar found the incident is related with her journalistic activity: she is writing for Rivne online and is frequently making posts on Facebook, in particular, about the work of the Rivne Regional Council, social issues, among others about distribution of budget funds, land, etc.

According to the journalist, she did not have any domestic or work conflicts, nor did she receive any threats from anyone the day before.

The police of Rivne region probes into the case pre-qualifying it as hooliganism, as it is said on the police website in Rivne region.

“The woman represents one of the news online editions and believs the committed offense to be due to her professional journalistic activity. In addition, she ran for the local election and took an active part in the political election campaign, ”the police said.

Olga Ferrar is a journalist and public figure from Zdolbuniv in the Rivne region. She collaborated with a number of local publications, was the editor-in-chief of the Rivne site "Vse". According to the Chesno movement, she had stood for elections to local councils in 2020 and 2015 (from Batkivshchyna and Narodny Kontrol, respectively).