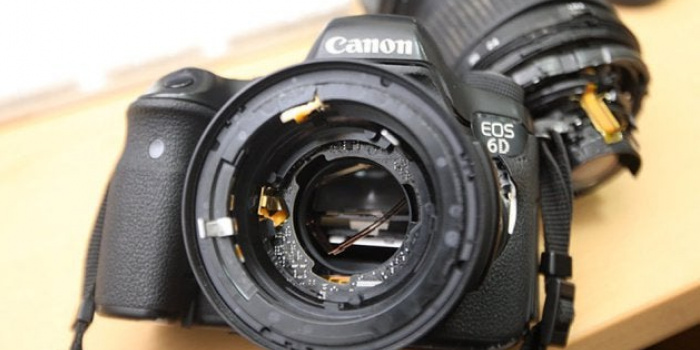 The incident took place near the railway crossing in the village of Semenivka. According to the journalist, the policeman snatched the video camera and tried to destroy it, and then tried to flee the scene.

At the same time, the journalist noted, the policeman did not explain anything, he only pushed him away.

According to Mykhailo Pohribny, he made a series of reports about an agricultural firm whose vehicles had been placed under court arrest. The journalist covered the execution of the court decision.

"There were several incidents of “Druzhba” farm involving the police. In none of them, the police could make a point. In this case, trucks with grain were arrested (the police investigation version ). They stood for a week on the roadside near the village Hrebli before the court decision. That day, there was a meeting of the Oktyabrsky district court, where a decision was made to lift the arrest of the equipment. The equipment was going to the elevator, but the police chief personally blocked traffic in Semenivka right in the middle of the railway crossing, ”the journalist said.

According to IMI representatives in Poltava region, the criminal proceedings have been instituted under Article 171 of the Criminal Code of Ukraine over the incident.

“Criminal proceedings have been instituted under Part 3 of Article 171 of the Criminal Code, which is an obstacle to the professional activity of journalists. In addition, the leadership of the State Unitary Enterprise of the National Police in Poltava region is conducting an internal internal inspection. Also, all documents will be submitted to the Bureau of Investigation for an objective assessment, "said Roman Grishin, a spokesman for the National Police in the Poltava region.