In Odessa, cameraman of Channel 7 got pepper spray diffused in his eyes 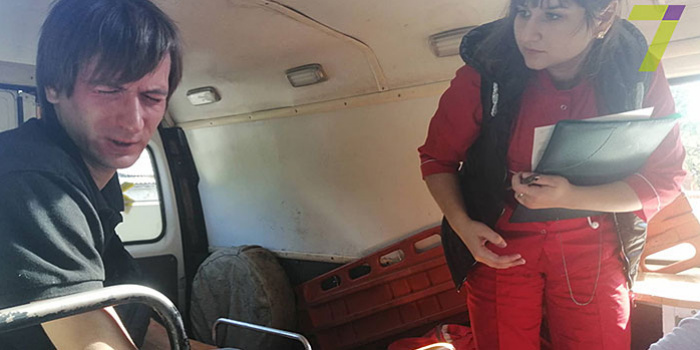 In Odessa, a cameraman for Channel 7 Andriy Kulba got pepper spray jet diffused in his eyes, as he was shooting a story about a family row, as Channel 7's website reported.

The incident occurred on September 30 on Panas Mirny Street in Odessa. The TV crew came to film a report about a family conflict, involving a man who holds by force the seven-year-old son, as the mother of the boy told.

The boy's father approached the cameraman, who was sitting in the car, and sprayed a gas from pepper gas canister into his eyes. In addition, the attacker was armed with a hunting rifle and aimed the muzzle of the riffle at the police officers and Channel 7 correspondent.

The cameraman Andrey Kulba was sent to the burn unit of the city hospital #10. As a result of spraying the gas jet he got burns on both forearms, neck, face and eyes were affected.