In occupied Izyum, the invaders issue a propaganda leaflet, but they are not sure about the title 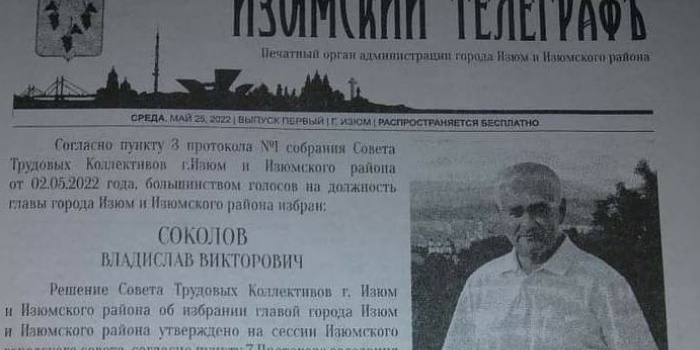 A propaganda leaflet has been issued in occupied Izyum (Kharkiv region). In it, the occupiers urge locals to go to work and promise them a "bright future."

Anna Chernenko, a journalist from Kharkiv, told this to the IMI representative, citing local residents.

"But for now they're offering to work for rations. At the same time, they encourage the locals to go out and build a new life with great pathos. And that same 'newspaper' reported that the so-called mayor of Izyum had already been elected, although even the local collaborating authorities had not heard of any such so-called elections," the journalist noted.

According to Anna Chernenko, the locals write on social media that the leaflet was issued by a security guard from one of the local banks.

According to the leaflet, the self-proclaimed mayor is Vladyslav Solokov. According to the Kharkiv Anti-Corruption Center, Sokolov is a former law enforcement officer. He was a candidate for the post of Izyum mayor in 2020 from the Nash Krai party. During his run, he stated that he was the head of the sector for individuals' assets banking security in PJSC KV Oschadbank. 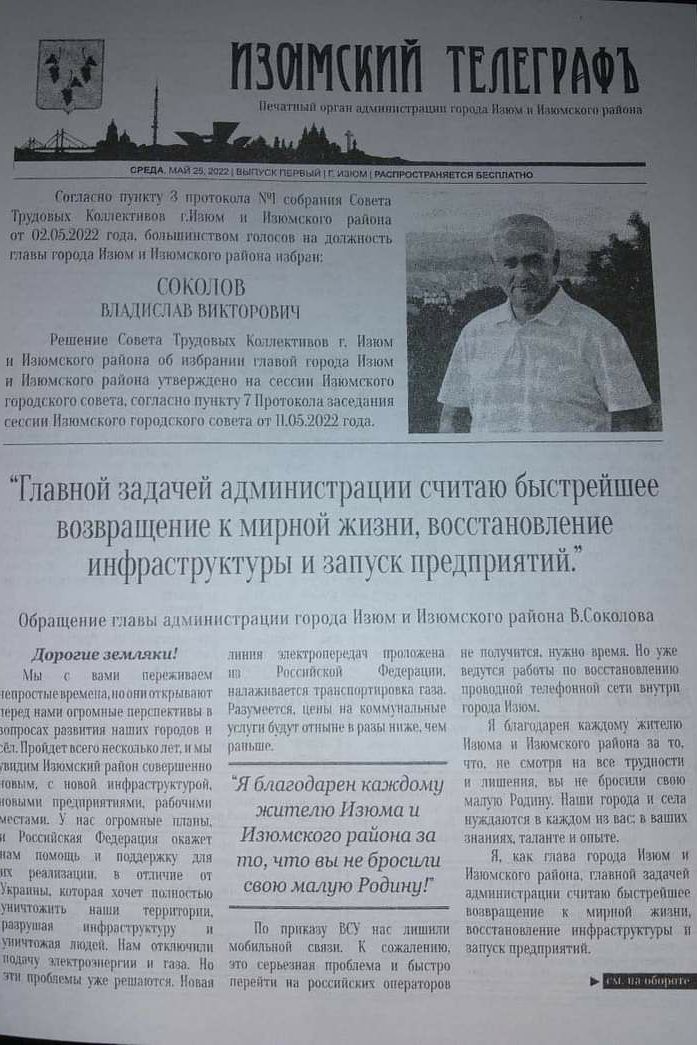 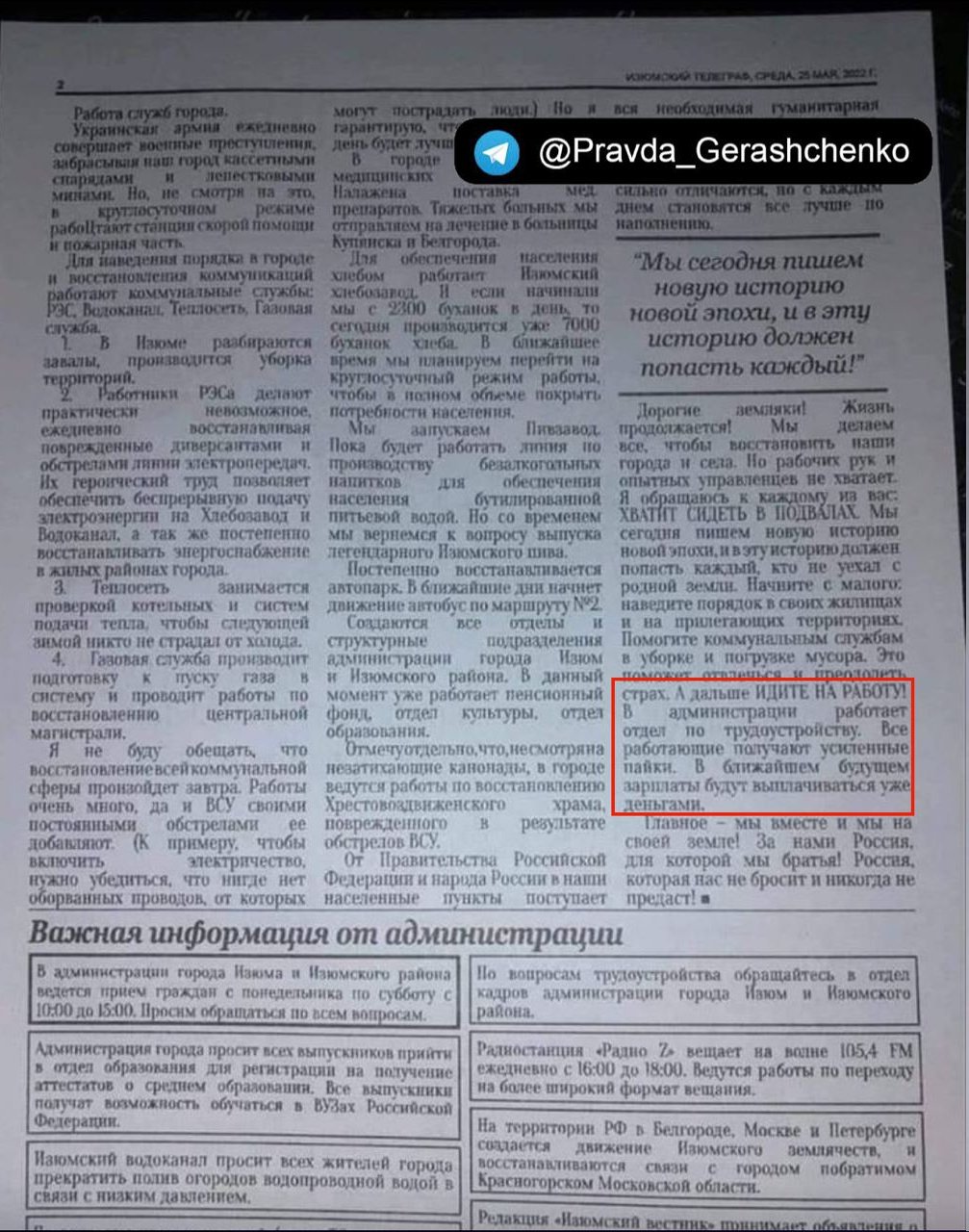