In Kyiv, parents of editor-in-chief LB.ua had their apartment robbed. Koshkina claims it was due to her journalism

On May 21 in Kyiv, unidentified people robbed the apartment of the parents of the LB.ua editor-in-chief Sonia Koshkina. She reported this on her Facebook page, Hromadske radio informs.

According to her, the household equipment, computers, tablets, and her mother's ornaments were left untouched, neither was her passport with 600 dollars hidden inside, which was "impossible not to notice".

The things that were stolen were 300 Euros, three old golden rings, and two sets of earrings. According to Koshkina, the rings were quite cheap and their main value was being the memento of her grandmother.

In her comment for Hromadske radio, Koshkina said that she believes this case was related to her professional activities, as she is registered as a resident of that apartment, and the perpetrators could be aiming to intimidate her. She added that it could be related to her struggle against developers who try to build in the area near Sinnyi Market. Koshkina added that many factors indicate it was not your average burglary. For example, the locks installed there were, according to her, very reliable and not easy to break. In addition, the burglars left some visible valuables, while they also made a mess of her childhood photo albums, which were supposedly useless to them. Koshkina also added that due to the mentioned struggle with developers who want to erect tall buildings on the small land lot where now there are private houses, she and other activists received multiple threats before. 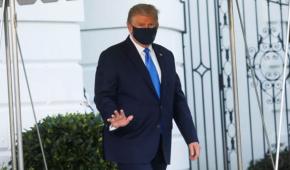 Kharkiv police probes into threats to journalist
Want to learn first about the new research of the Institute of Mass Media? Subscribe to the newsletter!