In Kryvyy Rih, security guards to be sued for physical force used against journalists 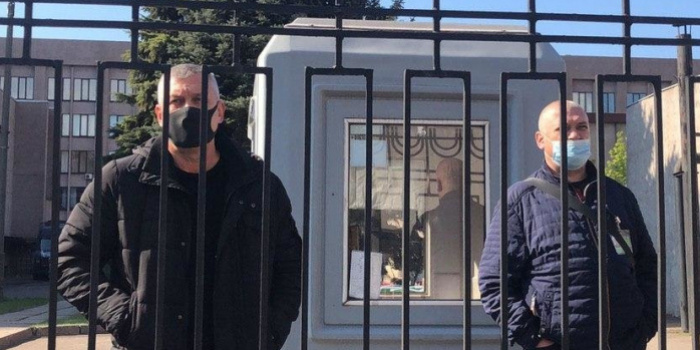 Lawmakers passed an indictment against three Kryvorizky Municipal Guards who pushed out journalists of the First Crivrozki portal Sofia Skabu and Maxim Bovbi of the City Council on April 22 Pershyy Kryvorizky TV channel reported it on its website.

According to the publication, police and prosecutors found that three Municipal Guard officers violated the legislation – obstructing the journalists' activities.

The date of the case hearing in court  ill be set for  next week.

As IMI reported, on April 22, representatives of the Municipal Guard Municipal Guards pushed journalists from the inner courtyard of the town council, where the First Kryvorizki site was to be held. session. Also the journalists with  Rudana TV and radio company were not allowed to attend the session.

The police in Kryvyy Rih opened a criminal investigation into the fact of obstruction of journalists of Pershyy Kryvorizkyy  (p.m. 171 The Criminal Code of Ukraine.)