In Kryvy Rih, journalists driven out from municipal council territory, where session had to take place 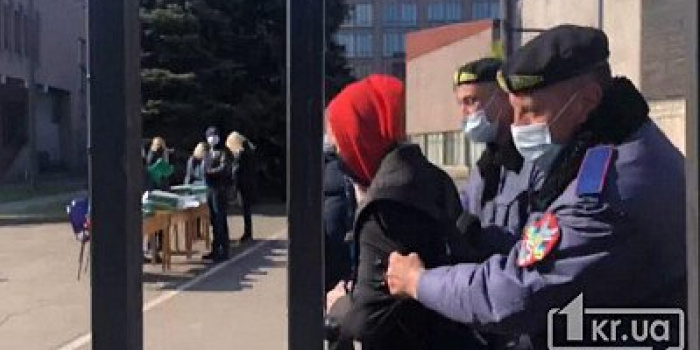 Today, in Kryvy Rih (Dnipropetrovsk region), the "Municipal Guard" representatives pushed journalists of the web-based edition "Pershy Kryvorizky" out of the inner yard of the executive committee of the municipal council, where the plenary session was to be held at 11:00. This was reported by the Pershy Kryvorizky.

Several persons wearing the uniform of employees of the Municipal Guard used force to make the journalists out of the inner yard.

Police were present at the scene,but they failed to respond to.

At the same time, the journalists from the communal broadcasting company Rudan were admitted to the session.