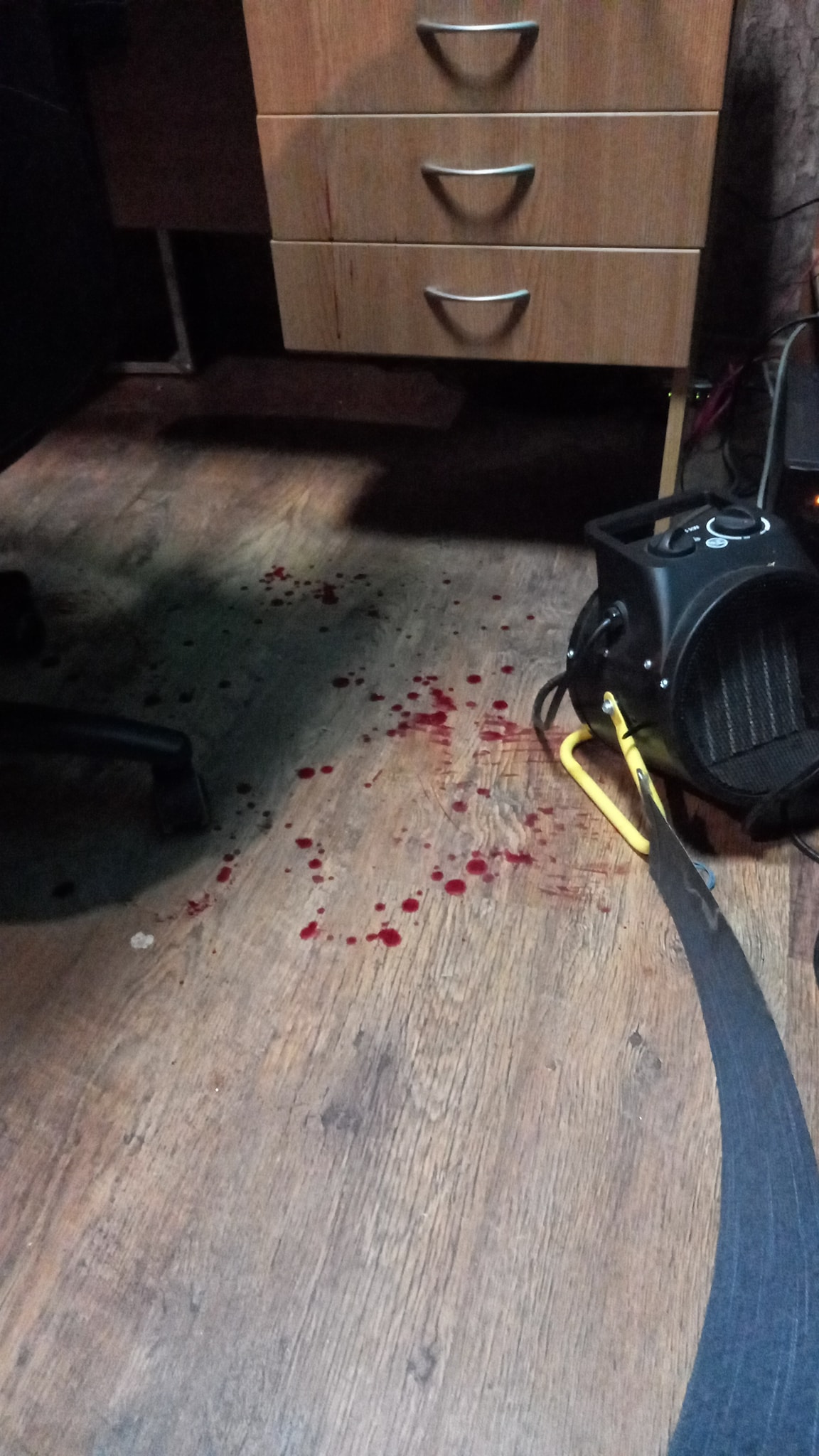 In Cherkasy, the head and journalist of the local TV channel "Antenna" Valery Vorotnyk was beaten. The victim's wife and employee of the TV channel Oksana Horetska , reported it to “ProVse”.

According to her, two people came to the TV channel's studio that day: the head of the Cherkasy City Council municipal inspection Stanislav Kolomiets accompanied with an unknown man. After they entered the office, Valery Vorotnyk immediately asked his wife to call the police.

Goretska tried to reach the alarm button, but an unknown man held her by force and locked her in the office.

When Valery returned, he told his wife that he had also been detained and had his face smashed.

On his Facebook page, Valery Vorotnyk said that the assailants had smashed the editorial office, and he himself "did not have time to try to resist" during the attack.

"I didn't even have time to try to resist. They were hit blows together, they attacked me from behind when I was working at a computer. Kolomiets is the head of the City Council inspection department," he wrote.

As the edition 18000 reeported with reference to the comment of the chief physician of the Third City Hospital Alexander Fedoruk, Valery Vorotnik was sent to the hospital. "He was admitted with a brain injury and hospitalized in neurosurgery," Fedoruk said.

Cherkasy Mayor Anatoliy Bondarenko put in the Department of Case Management and Legal Support to carry out an official investigation and to suspend Stanislav Kolomiyets from exercise of his duties until the investigation is completed.

The conflict between the official and the journalist started the day before. Valery Vorotnyk said on his Facebook page that Stanislav Kolomiets had put the video of the Antenna TV channel on the social network , without the TV channel's logo, which, according to Vorotnyk, was the copyright violation.

After the attack, Stanislav Kolomiets made public screenshots of correspondence with the journalist in a slightly expanded version (attention, the content not appropriate for children under age of 18).

An IMI representative is trying to get a comment from the parties to the conflict.

Police opened a criminal investigation into the attack. Police probes in the attack under part 2 of Art. 345-1 ("Intentional infliction of beatings, light or moderate bodily injuries on a journalist, his close relatives or family members in connection with the performance of lawful professional activity by this journalist").