IMI representative in Mykolaiv region, journalist of an online outlet "Prestupnosti.NET" Andriy Lokhmatov won in the citywide contest "Citizen of the Year 2016" in the "Media" category. This was reported on the website of the outlet.

Andriy Lokhmatov noted that he is honored to be the first representative of online journalism in this contest.
"I think this award is for all Internet journalists whose work is as important as the work of other journalists and, indeed, the work of other nominations. There are a lot of talented guys who deserve to be recognized. I want to say that the title "Citizen of the Year" for me means that a person does a little more than it should, a little more than it can. This is a man who stays in hometown, and makes himself better, and makes his city a better place. So I wish all the residents of Mykolaiv to be citizens of their  hometown,"- Andriy Lokhmatov said. 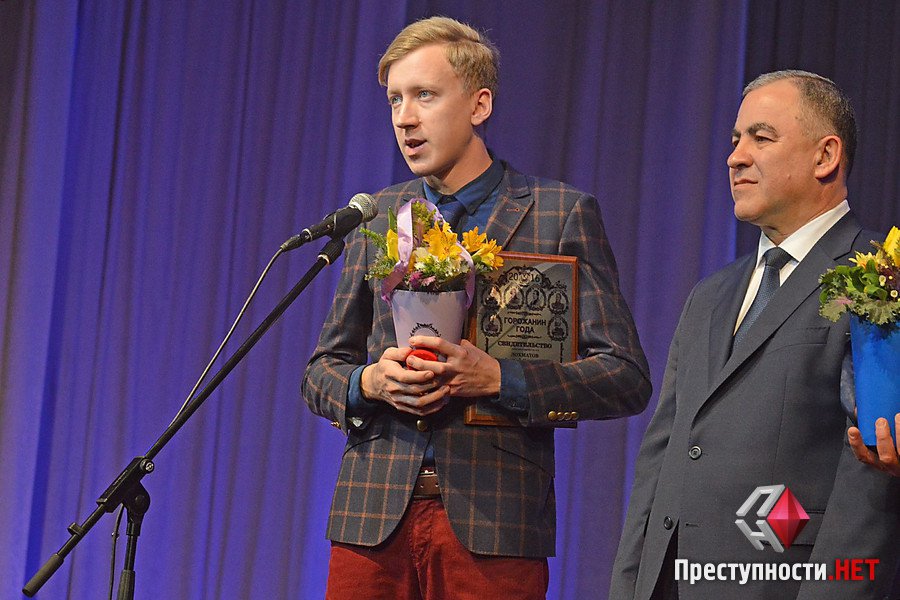