Since the beginning of 2017, there were 15 cases registered violations of freedom of press that took place in ten regions in Ukraine. The major violations in January are - 5 cases of impediment to lawful professional activities of journalist, and restricting access for public information - 4 cases.This is the data of monthly monitoring of the Institute of Mass Information «Freedom of press barometer».

Rivne and Donetsk became leaders of impedimentation. The people who were impeding journalists were individuals, security services and official. Journalists couldn't film, they were pushed away, and one camera was broken.
Cases of restricting access to public information for journalists recorded in Odesa, Mykolaiv, Poltava region and Zakarpattia. Representatives of local governments, municipal enterprises and court were restricting access.
"In general, January turned out to be more or less calm month. We have not detected any cases of beatings of journalists. For example, IMI recorded four cases of beatings in January, last year,"-  the IMI expert Katreyna Diachuk said.

However, IMI draws attention to dangerous cases, when Ukrainian providers are falling for economic pressure and execute decisions of Russian law enforcement agencies.
IMI recorded the case of censorship in Kharkiv. The unlimited hosting provider that had provided the information portal "Vechirnia Uman" (vch-uman.in.ua) with service, blocked access to the site by the request from Roskomnadzor and Prosecutor General's Office.

In addition, IMI recorded 3 cases of threats, and 1 case of lawsuits from journalists and cyber-attacks.
In the Crimea annexed by Russia recorded 4 cases of violations the rights of journalists, done by the representatives of the Russian FSB. In particular, the procedure of handing indictment in the case on separatism to Mykola Semena, was violating  the Criminal Procedure Code of Ukraine. According to investigators, the Crimean journalist "prepared an article entitled" The blockade - a necessary first step towards the liberation of Crimea". In this article were discovered which appeals to violate the territorial integrity of Russia."
In addition, authorities in Crimea have blocked access to the site "Istorychna pravda" on the peninsula.
Thus, since the start of the year, IMI recorded 1 case of censorship, 5 cases of obstruction, 4 - restriction of access to information and 3 cases of threats. 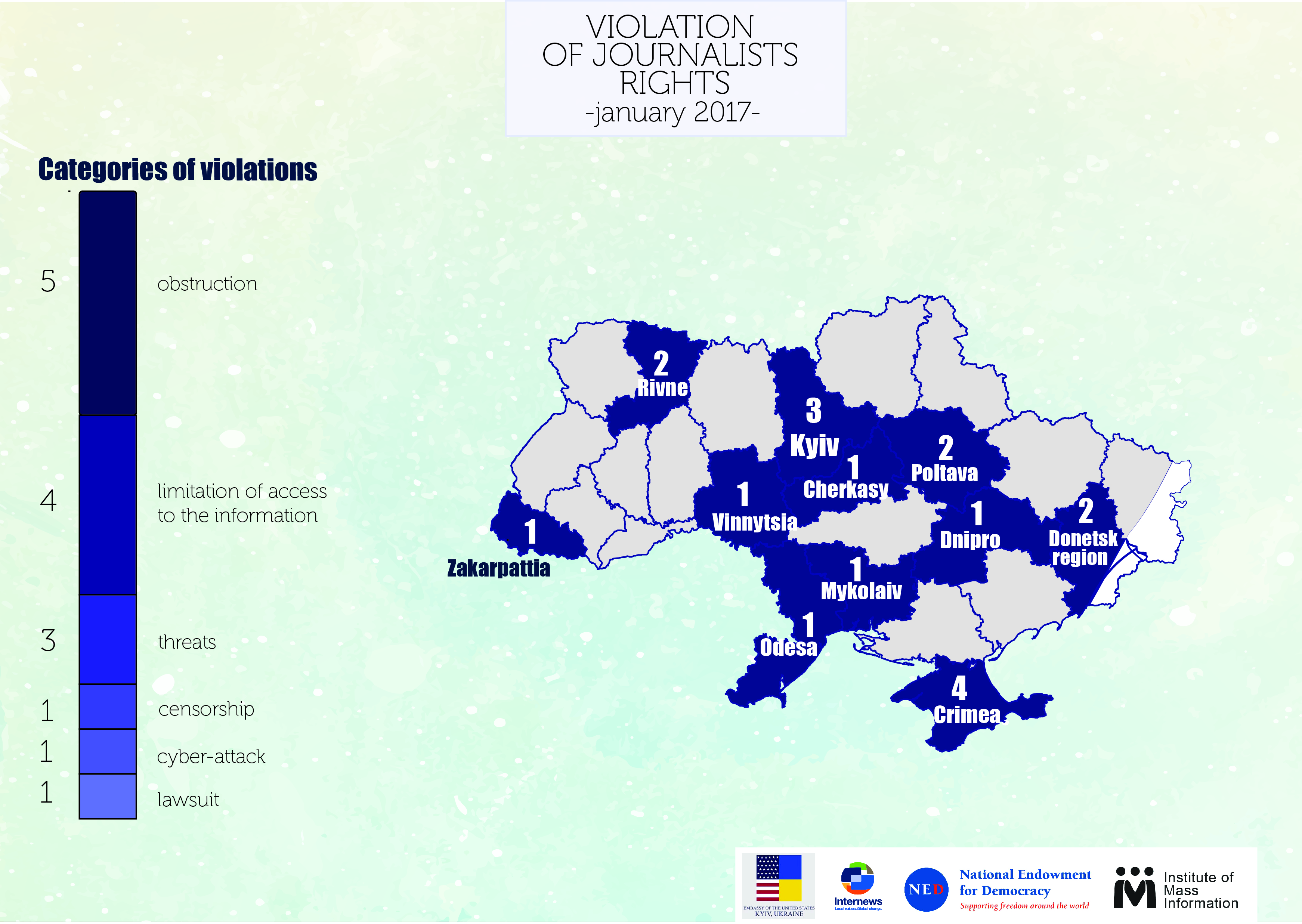