These are the results of the next round of two-stage in-depth monitoring of online media, which the Institute of Mass Information conducts every six months.

Three new media joined the list at once: NV, Espresso and Babel. 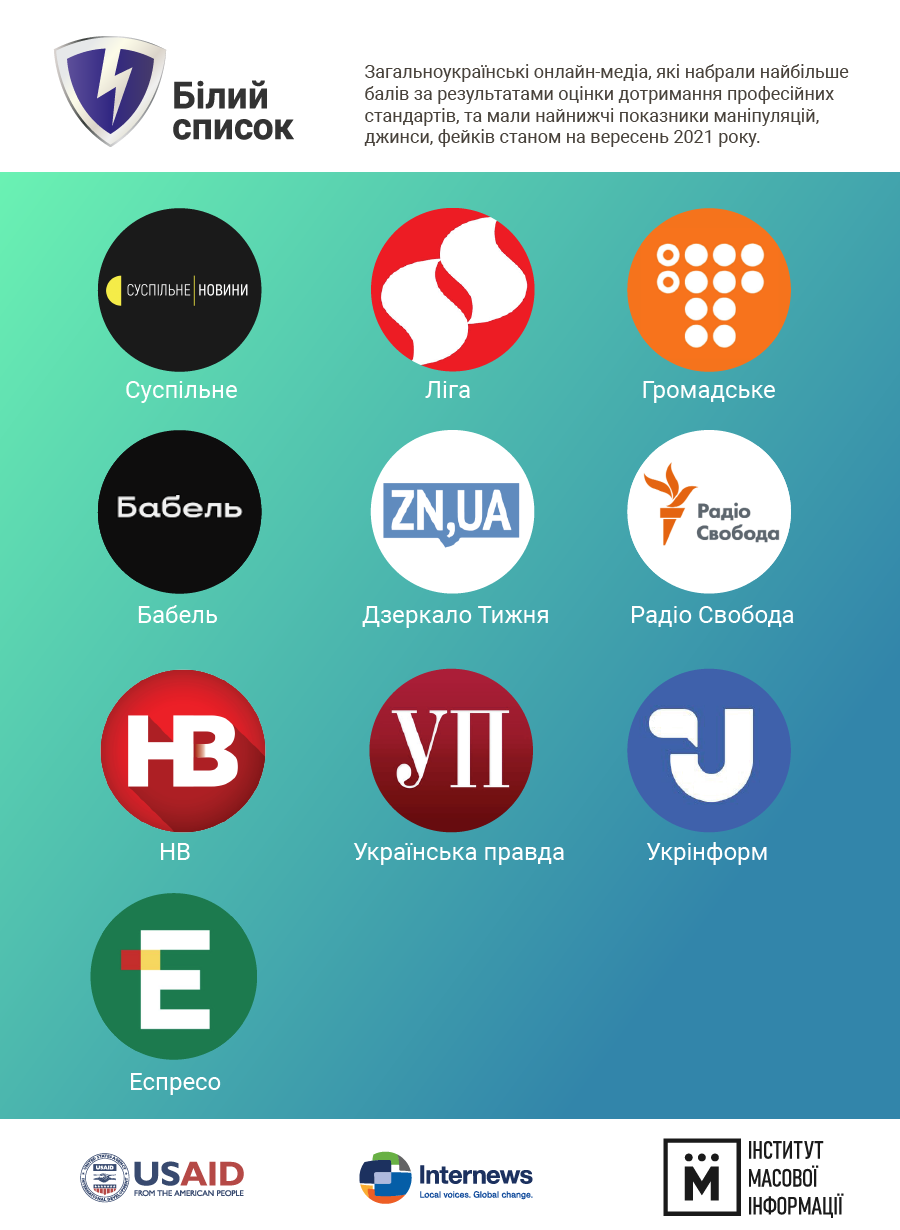 At the first stage of the study, 50 popular Ukrainian online media, selected on the basis of previous monitoring held by IMI, SimilarWeb and Gemius, were evaluated for the presence of manipulations, fake news, and black PR.

In the second stage of the study, the media that passed the first stage were analyzed according to the following criteria: standards of balance, credibility and separation of facts from comments, the presence of jeansa, sexism and hate speech, as well as transparency, in other words the availability of contacts, editorial policies, financial transparency.

According to the results of the analysis, the level of compliance with professional standards on the resources included in the White List averages about 96%. The main newswire on these sites did not contain any jeansa (although there were some texts with inappropriate markings), hate speech, sexism and fake news.

Similar international initiatives by UnitedforNews,  TheJournalismTrustInitiative  and the  Internews Network made IMI team prepare such analysis.

The research methodology is available  at the link.