IMI lawyer could leave Gostomel after two weeks of blockade 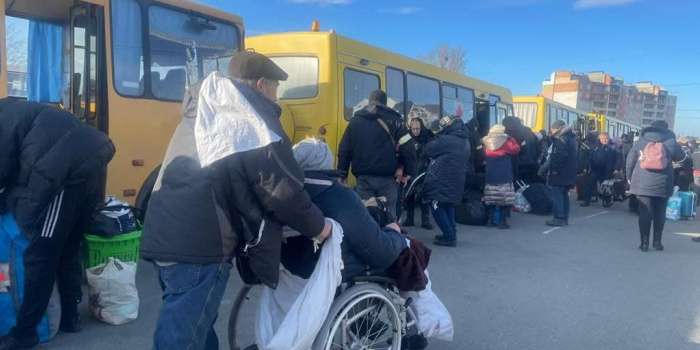 IMI lawyer Ali Safarov and his family spent two weeks in Gostomel surrounded by Russian troops. Today, March 11, on the third attempt, he managed to leave the city by the "green corridor" with his family.

The IMI team kept in touch with Ali via SMS. For almost two weeks, Ali and his family lived without electricity, heating or water. All this time, fighting and shelling continued on the territory of Gostomel.

According to Safarov, the Russian occupiers fired on houses. In particular, a Russian shell hit his house, as a result of which the upper floors were damaged.

The first two attempts to evacuate failed, as Russian troops continued to fire on civilians despite an agreement to provide a "green corridor".

According to Deputy Head of the Presidential Office Kyrylo Tymoshenko, another 1,800 people were evacuated from Bucha on March 11, and 1,000 from Gostomel.