The IMI representative Roman Kabachiy acted as moderator of the discussion "To whom serves the "fourth power"? Media is seeking its way between the interests and temptations of populism". The panel took place as a part of the anniversary X-th Forum "Europe-Ukraine", held in Rzeszów, Poland, on 27-28 January.

In the introduction, IMI expert noted that the audiovisual markets are highly concentrated, as the major four TV owners represent an audience share of more than three quarters, according to research made by IMI in collaboration with the German office of "Reporters without Borders".

"For the most media The editorial policy remains an abstract concept and "defined" only in the minds of the owners or top managers for the most medias. Private owners dominate the Ukrainian marketplace and use "dzhynsa" to serve their political or business interest. The situation is getting worse, as "dzhynsa" harms the media outlets, as the audience loses trust in the media as an honest and independent structure, and when social networks provide an alternative, the very institution of media becomes compromised." - Roman Kabachiy told.

MP of Ukraine Dmytro Dobrodomov, who also participated in the discussion, talked about the difference in the situation with freedom of speech in national media and regional. He told about Lviv where media - in his opinion - feel freer. But generally, politicians in Ukraine have been using media as the instrument and not as a business, the former journalist said. 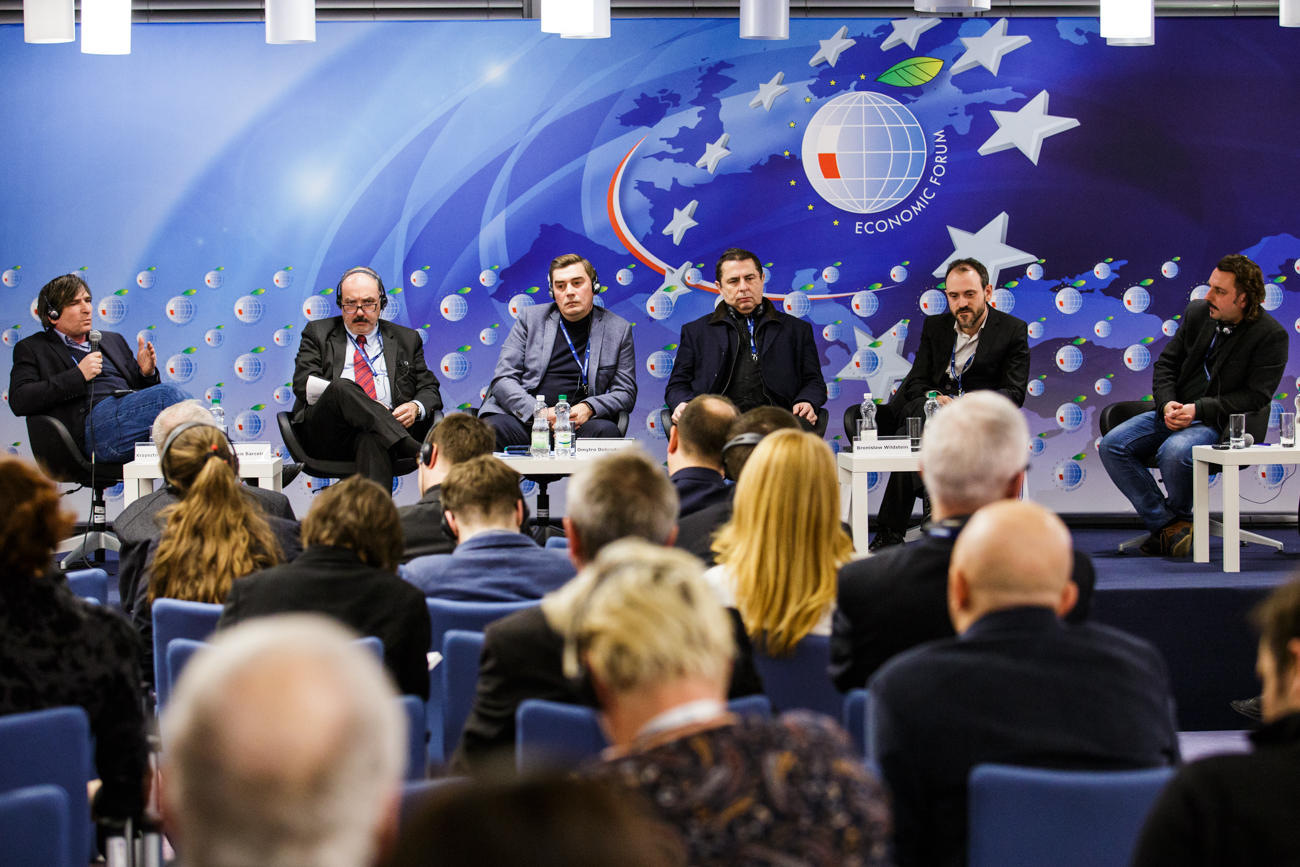 Speaker Krzysztof Skowroński
Polish panelists - journalist Bronisław Wildstein and the chief of the Association of Polish Journalists Krzysztof Skowronski were talking about populism as the media issue - on their opinion, mass medias, which are far from the real needs of the society, are rolling into populism and therefore transformed into tools of politicians.
Publisher Jose Luis Barcelo (Spain) and Gulliver Cragg, who was representing «France 24", participated in the discussion. 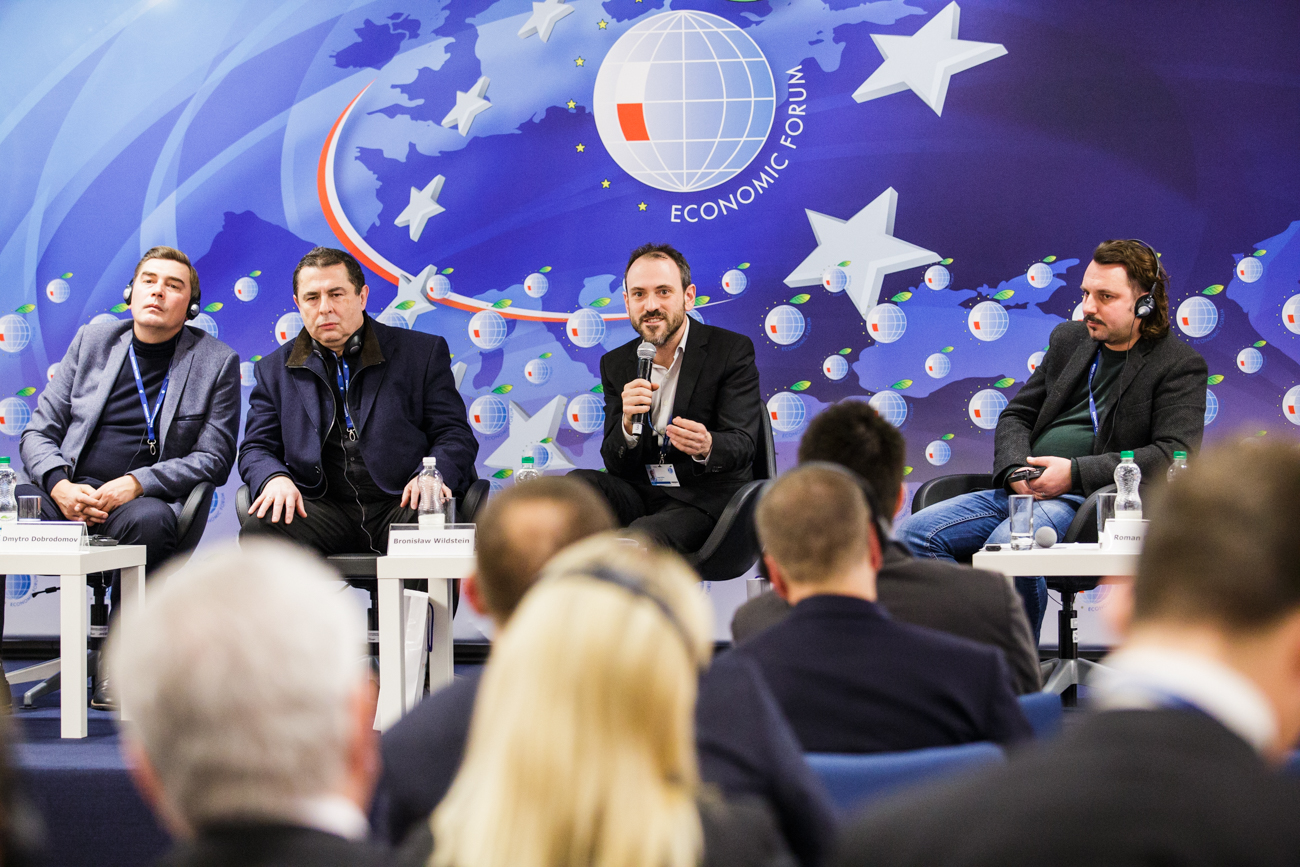