IMI expert told about goals and means of Russian propaganda

Expert said, "Political parties in Ukraine, the army of paid bloggers and experts,so-called "Internet trolls" and "useful idiots", religious structures, all of them are helping to spread pro-Russian view in the world."

The event was held on Dec.15, at the Department of Social Education of the Faculty of Education, Masaryk University in Brno with support of Association for International Affairs in Prague within the framework of the fact-checking project with the Institute of Mass Media and "StopFake.org" in Kyiv.

Roman Kabachiy stressed that processes of justifying annexation of Crimea and proving the failure of Ukrainian authorities are not only obvious purposes, but there are more than that. Russian propaganda aims an erosion of trust to media (everyone lie, trust no one), it takes clear and explicable things and carry them to the point of absurdity. Kabachiy cited a number of quotes - known historian Timothy Snyder, Ukrainian media experts Heorhiy Pocheptsov, Roman Shutov. These quotes demonstrate that people can debunk allegations of Russian propaganda easily while studying them. For example, regarding the alleged need to protect Russian speakers in Ukraine, Snyder said, "Putin's idea to protect Russian speakers in Ukraine is absurd for many reasons. First of all because people in Ukraine can say whatever they want using Russian language, when in Russia it is impossible to do."

The expert spoke about the peculiarities of propaganda in Ukraine - "mediastars" like professional commentator for Russian TV Maria Tsipko, well-known top bloggers and role of UOC of Moscow patriarchate.

The political analyst Milos Gregor from the Faculty of Social Sciences in University named after Masaryk was a speaker at the roundtable. He explained the nature of the influence of propaganda and funding mechanism for promoting outreach sites in the Czech Republic. 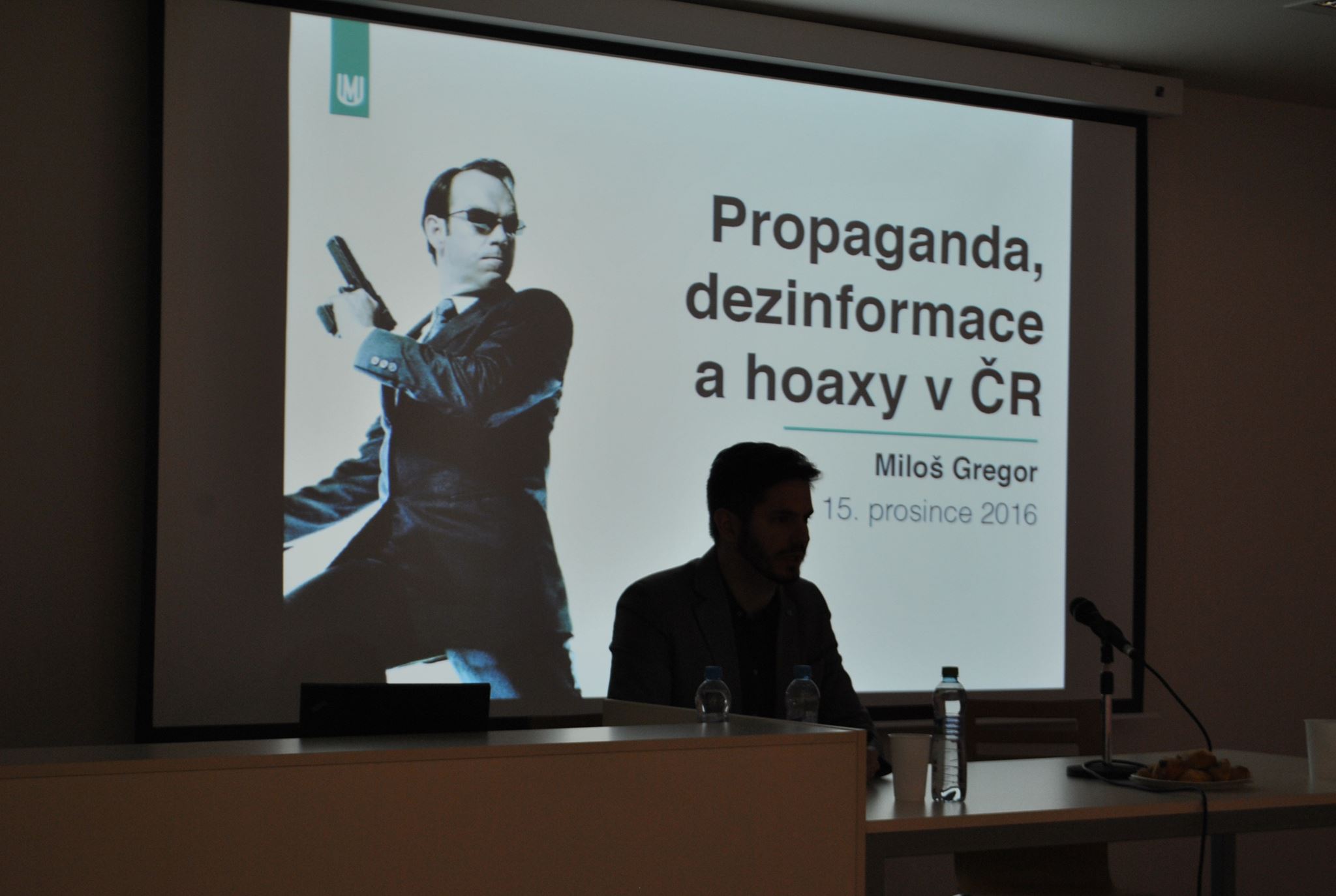 Zdenka Vahnerova from the Association for International Affairs presented Chezh version of the site "StopFake.org". It is the 10th language version of the page.