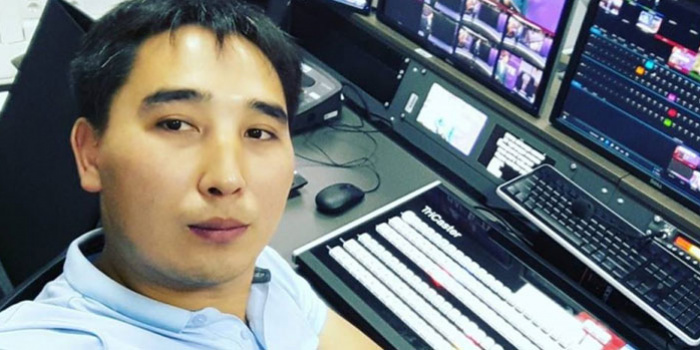 Human Rights Watch (HRW) has called for a thorough investigation of an attack on RFE/RL correspondent Aibek Kulchumanov, who was assaulted in the southern Kyrgyz city of Osh and later accused of hurting a local man with his drone, as Radio Free Europe/Radio Liberty reported.

"We condemn any attack against journalists. There must be no obstacles for their activities, especially there must be no violence and threats against them. It is very important that journalists could carry out their works in a safe environment. Because freedom of speech is fundamental for any democratic society," Laura Mills, a researcher with HRW's Health and Human Rights Division, told RFE/RL on October 1.

Several young men attacked Kulchumanov on September 28 and forcibly took his recording equipment, a remote control for a drone, his mobile phone, personal documents, and the keys to his home and car in Bishkek. Kulchumanov was working on an investigative report for RFE/RL at the time of the attack.

Kulchumanov said local police had launched a probe into what they called a robbery.

Police said later that three men, whom they refused to identify, brought the items taken from Kulchumanov to the police station.

Kulchumanov said, however, that RFE/RL equipment taken from him had yet to be returned.

On September 30, the OSCE representative on freedom of the media, Harlem Desir, called on the Kyrgyz authorities "to thoroughly investigate" the attack against Kulchumanov.

"Such an attack and intimidation against a media worker is unacceptable," Desir wrote on Twitter.

RFE/RL President Jamie Fly has also called for an investigation and the "immediate" release of Kulchumanov's equipment, noting in a tweet that the Kyrgyz Service hasd faced weeks of a "pressure campaign" in the country.

On October 1, police in Osh summoned Kulchumanov for questioning regarding a lawsuit filed by an unidentified local resident who claims he was injured by Kulchumanov's drone, which he said fell on him.

Trust in the news grew up since Coronavirus emerged
Blogs
Sanctions against Medvedchuk’s TV channels. The first estimates
Want to learn first about the new research of the Institute of Mass Media? Subscribe to the newsletter!