"Honour of Profession": colleagues pay tribute to media workers killed during the war 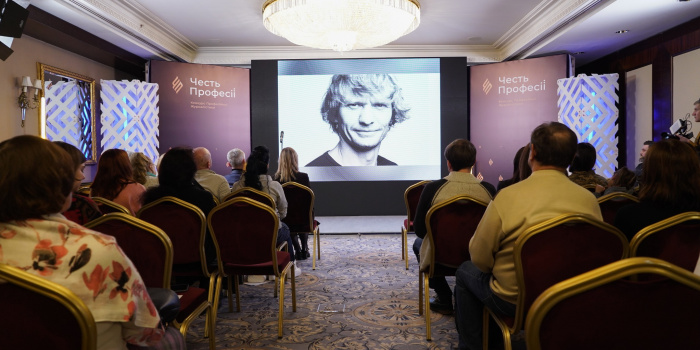 Journalists in Kyiv payed tribute to the deceased media workers as part of the "Honor of Profession" journalism contest.

"Together we remembered all our colleagues who were killed during the war, since 2014 up until now. In the video, they are alive, happy, and full of new ideas. They will remain like that in our memories forever," the event organizers said in their post.

"The award that we are giving out today is also meant to remind you that you and us remember, and will remember, our fallen colleagues, whenever you look at it on your shelf. Thank you for the memory, and thanks to them for what they did throughout their lives," Kateryna Myasnikova, National Media Association executive director, said in her address to the relatives, friends, and colleagues of the deceased media workers.

According to the Institute of Mass Information, eight journalists have been killed in the course of their work since February 24, 2022 (three of them were Ukrainians and five were foreign citizens). 34 media workers have died as combatants or killed by Russian shelling or torture, not while carrying out their journalistic duties.