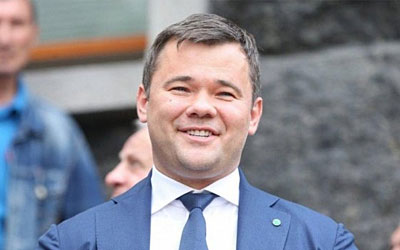 Andriy Bohdan, President Volodymyr Zelensky’s chief of staff, said Zelensky’s team doesn’t need journalists to communicate with society, because they can do it directly, as "Kyiv Post" reported.

Bohdan’s comments came after media criticism of the hoax about his alleged resignation on Aug. 1. The president’s office leaked to several respected media Bohdan’s supposed resignation letter, which they published. Many journalists took it as an intentional move to discredit the press.

The letter was leaked on Aug. 1, but Bohdan kept silent until two days later, when he taunted media one more time, claiming the president’s office didn’t need the journalists.

“Classic journalists got used to perceiving themselves as the society,” he said in a video comment to Radio Free Europe/Radio Liberty in Truskavets, where he and Zelensky arrived to meet with Zelensky’s party’s newly-elected lawmakers.

“But as our election campaign has proved, we communicate with society without mediators, without journalists,” he added with a smile.

Zelensky’s party won the July 21 parliamentary election in a landslide, getting a single-party majority in the parliament. Just three months before, Zelensky won the presidency in a similarly triumphant way.

Bohdan also said he indeed wrote a resignation letter, but did it a long time ago, intending to use it when he wants to resign. It’s not clear whether the leaked letter was the one he was referring to or whether it was produced specifically for the hoax.

Zelensky told journalists on Aug. 2 that all the members of his team wrote resignation letters in advance when he took the office. These letters had no date so Zelensky is free to sign them at any moment. Zelensky didn’t explain the point of Aug. 1 “joke” about Bohdan’s resignation.

Zelensky and his team regularly communicate with his supporters through Facebook, Instagram and Telegram channels, a trend which he started since announcing his run for president on New Year’s Eve.