He lay face up, his jacket somewhat covering his face – wife of the Dytynets video engineer killed by the Russians 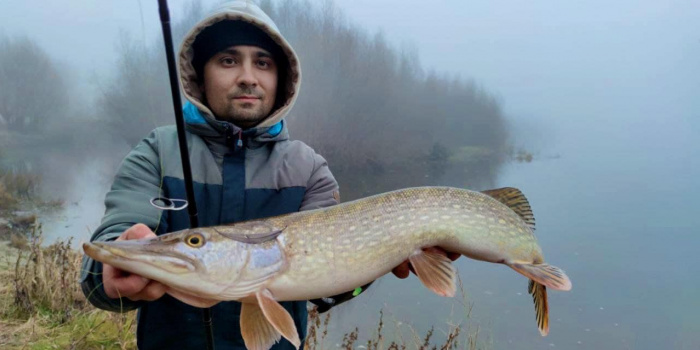 During the temporary occupation of Yahidne village in Chernihiv oblast, the Russian troops killed Roman Nezhyborets, a video engineer of the local TV channel Dytynets, shooting him in the chest. His wife Antonina spoke with Suspilne about this, ZMINA reports.

According to his wife, on the first day of the full-scale invasion, Roman and their seven-year-old son moved to the village: they thought they would be safer there.

However, on March 3, the Russians entered the settlement, and a few days later they came to the family's yard. "They came shouting, 'Evacuation,'" the killed man's wife recalls.

At that moment, the family was hiding in the cellar, and the woman persuaded the Russians to leave them there. Before leaving, the occupiers took away everyone's phones and passwords, but Roman hid one phone.

The man called his mother and asked her to write on Facebook that everybody should remove him from all the group chats and should not call him.

"He was just talking to his mom on the phone and said all this loudly: go to my page, write the post, and I was downstairs, the kid had fallen asleep in my arms. I heard the door open, and the voice of a Russian soldier saying, 'Out!'" says the woman.

Roman's stepfather was taken away along with him.

In two days, the Russians returned to Antonina's yard. They took everyone to the school's basement, where they were already holding over three hundred people. Roman's wife learned about Roman's death on March 9 from a Yahidne resident Lyudmila Huliy who had been allowed to go back home under convoy and take her things.

She saw the body of a local law enforcement officer on the street, and later found two more killed people in the basement of one of the houses, where she persuaded the soldiers escorting her to go. One of them was Roman Nezhyborets.

"He lay face up, his jacket somewhat covering his face, and the second guy was there: hands tied behind his back, lying on his left side," she recalls.

Antonina only managed to rebury Roman's body in April. The woman told her son nothing about the death of her husband for a whole month.

The regional prosecutor's office has opened a criminal case for violating the laws and customs of war, combined with premediated murder. The SBU is investigating the case.

The authorities are now trying to identify the Russian servicemen involved in the murder.

As IMI reported, Roman Nezhyborets worked as a video engineer at the Dytynets channel for almost 10 years.