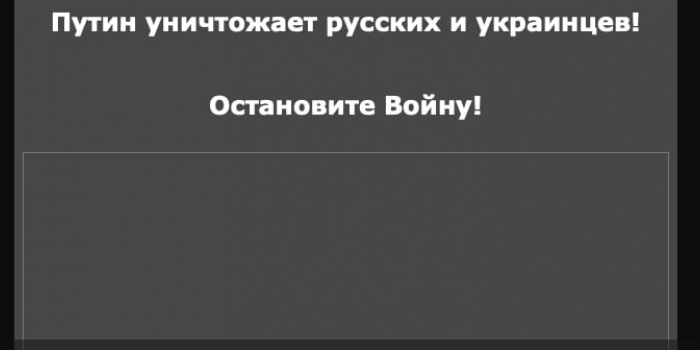 On the evening of June 12, unknown hackers broke into Smotrim.ru Internet service, which is designed for watching TV channels of the All-Russian State Television and Radio Company (VDTRK), Radio Liberty reports.

According to the newspaper, for half an hour, a screensaver saying "putin is exterminating russians and Ukrainians! Stop the war!" was being broadcasted. Television programs were not available at that time.

After a while, the service's home page stopped working completely. The service's owners gave no comments, the publication notes. 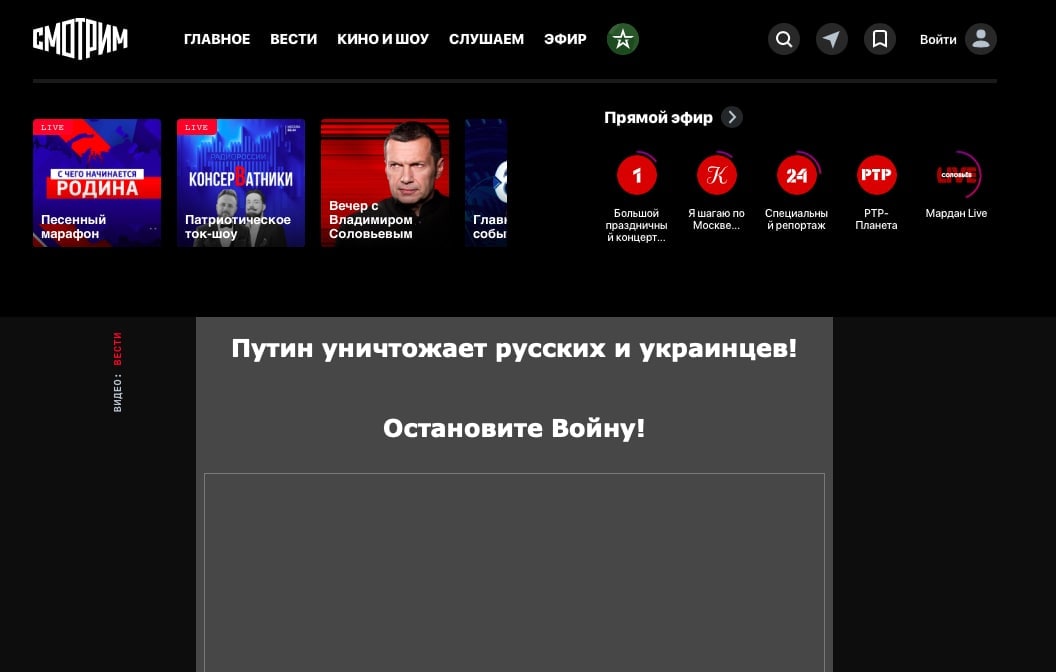