Google Maps shows the Crimean Bridge when you search for HIMARS

If you google HIMARS, Google Maps will now show the coordinates of the Crimean Bridge, which stretches from the occupied Crimea to russia through the Kerch Strait. This was reported by Suspilne. 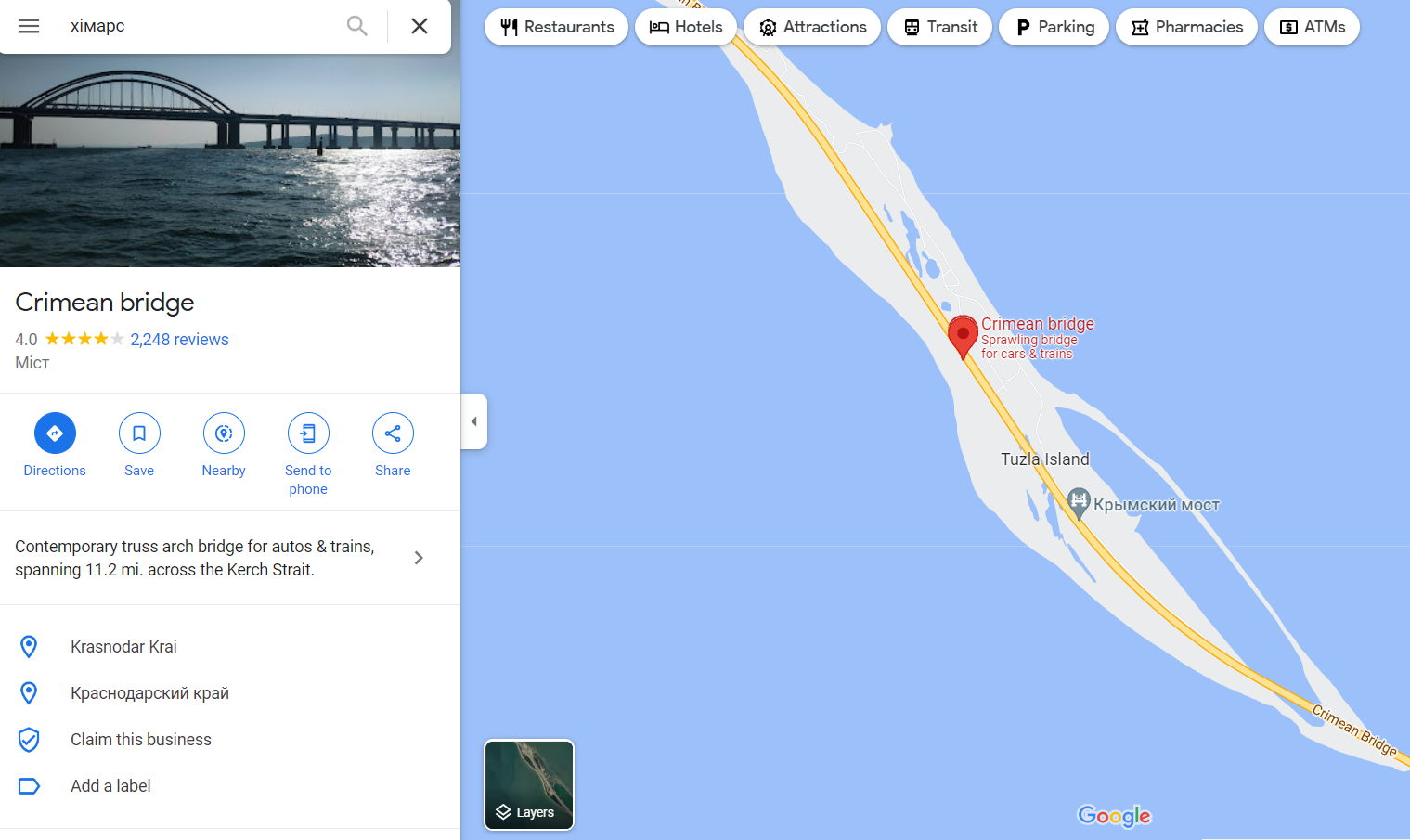 To see this, you need to enter "хімарс" or "химарс" in Cyrillic alphabet in the mobile or desktop version of Google Maps. The service will not respond to a Latin alphabet request.

Recently, Major General of the Armed Forces of Ukraine Dmytro Marchenko stated in an interview with RBC-Ukraine that the destruction of the Crimean Bridge is necessary for the liberation of the temporarily occupied Crimea.

HIMARS (High Mobility Artillery Rocket System) is an American reactive artillery system that can fire at a distance of 80 to 300 km (depending on the type of rockets), and has recently started to be employed by the Ukrainian army.