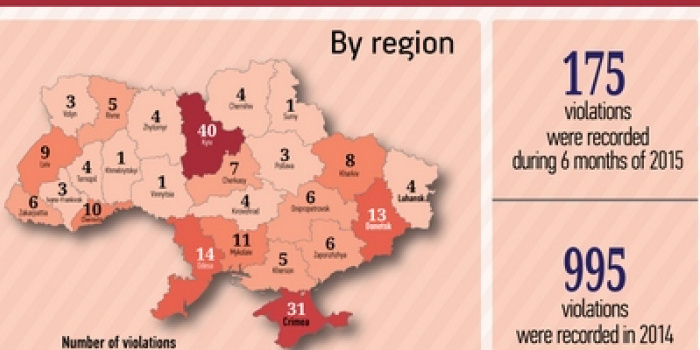 This data is provided by the Institute of Mass Information’s monthly monitoring «Freedom of press barometer». 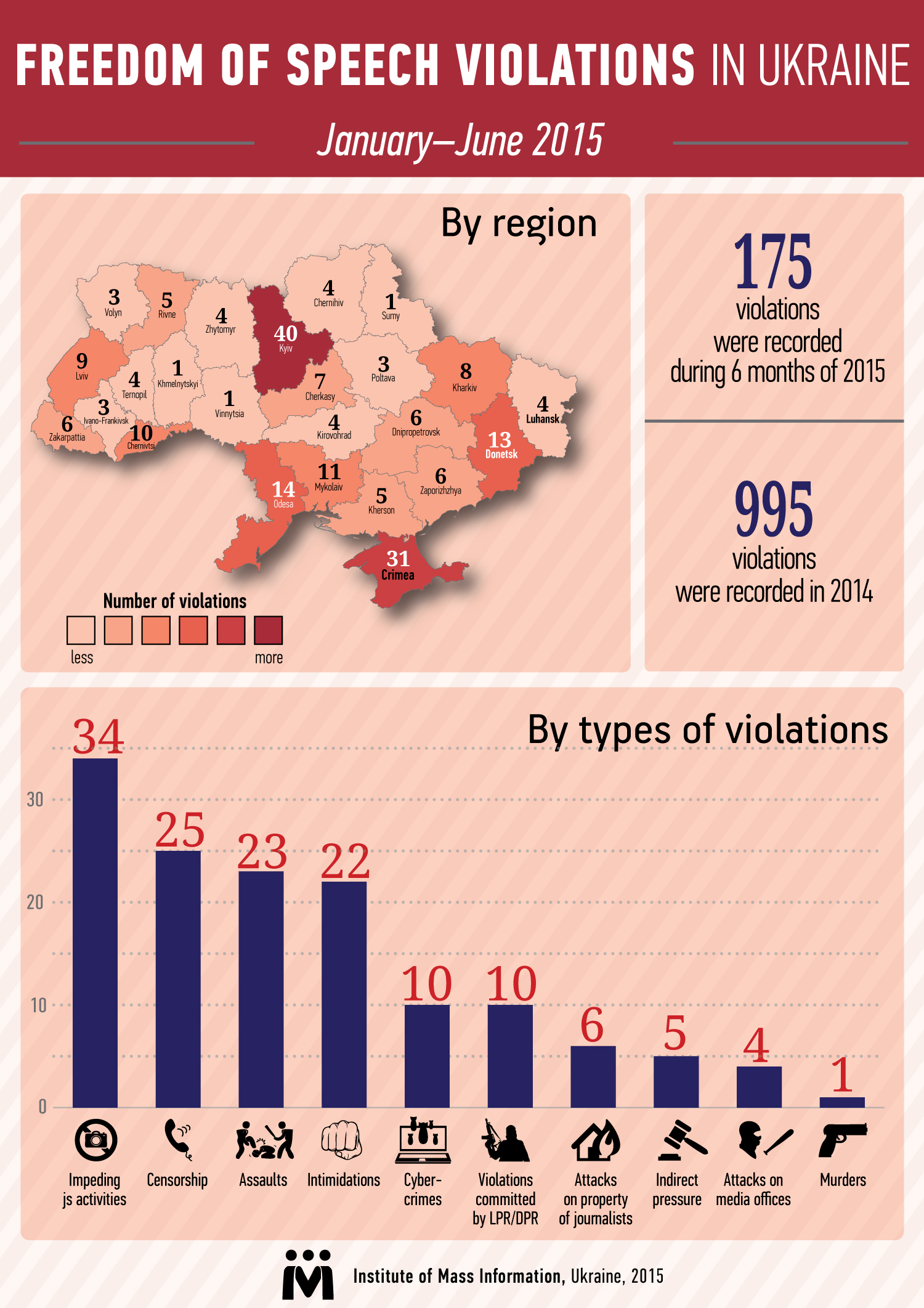 The worst region in Ukraine in regards to adherence to freedom of press is the occupied Crimea, where 29 violations were registered, more than in any other region of Ukraine. For comparison, on the territories of Luhanska and Donetska oblasts that are not controlled by Ukraine, there were 10 registered violations.

As IMI expert Kateryna Diachuk says, in the last half year, the greatest number of violations was registered in the category of obstruction: «Out of 34 cases, most of the times the obstructing entities were representatives of judicial branch of power (7 cases), after them, security guards in both private and public institutions (5). Sadly, "leaders" here are also deputies of city councils and employees of oblast state administration (4 and 3 cases, correspondingly). Most often, obstruction was encountered by journalists in Mykolaiv (5 cases), in Zakarpattya (4), and in Kyiv, Rivne, Odesa and Kirovohrad (3 cases each)».

Assaults against journalists were most often observed in Odeska oblast (6 cases), then we have Chernihivska oblast (3) and Cherkaska oblast, Kharkivska, Lvivska and Kyivska oblasts (2 cases in each one).

Mostly, the journalists were assaulted and beaten by unidentified men — 5 such cases in the half-year. Then, assaults were conducted by village and rayon council members (deputies) and people wearing camouflage uniforms (3 cases each), and also, heroes of the story recorded or documented, representatives of «LPR», «DPR» and activists — 2 cases each.

«Regardless of statistical data that indicates certain improvement of the situation with the freedom of press in Ukraine, the status quo still remains alarming. Most likely, the observed reduction in physical aggression and pressure against journalists is related to absence in this period of any prominent political events, elections, and a comparatively stable situation in the East of Ukraine. Unfortunately, there are no any external factors that would indicate systemic stabilization of the situation — meaning systematic punishment of those who assault journalists, investigation of such crimes. This probably means that improvement in the freedom of press is most likely only situational», — says IMI executive director Oksana Romaniuk.

Please find full description of cases included into Freedom of Press Barometer at the link.