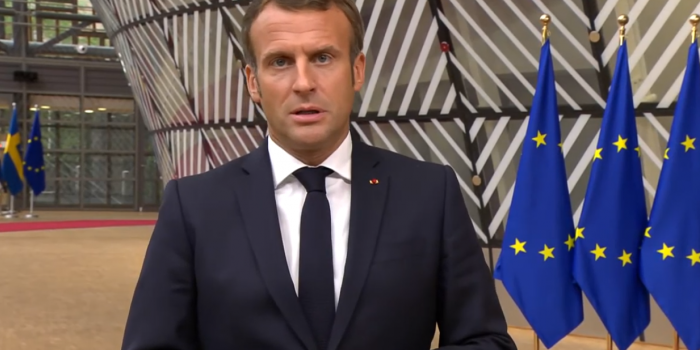 President Emmanuel Macron said Thursday that France is ready to airlift two journalists out of Nagorno Karabakh after they were badly wounded in fighting in the disputed region, as France 24 reported.

Le Monde had earlier confirmed to AFP that a reporter and photographer working for the French daily had been injured in a bombing by Azerbaijan forces.

"They were near the town hall when the area was bombarded," Hasmik Tolmajian added.

Macron told reporters in Brussels that a "medical aircraft was ready to go as we talk. We are doing everything to stabilise the wounded before they are evacuated."

The French leader said he was sending his "support to families of the wounded and all of the journalists at Le Monde."

Several journalists, including a team from AFP, were interviewing residents in Martuni and assessing damage from previous shelling when the bombing started. No one in the AFP team was hurt.

Regis Gente of RFI/France 24 said they were looking at a damaged house when a rocket hit, adding that the attack lasted about a minute.

Heavy fighting has been raging for four days after the long-running conflict over the region between Armenia and Azerbaijan reignited.

The death toll has been rising rapidly, with both sides reporting civilian casualties.

Armenia claimed that Azerbaijan had lost 130 troops while another 200 were wounded.

The majority ethnic Armenian breakaway region declared independence from Azerbaijan after the fall of the Iron Curtain which sparked a war in the early 1990s that claimed 30,000 lives.

But it is still not recognised as independent by any country, including Armenia.

Talks to resolve the conflict have largely stalled since a 1994 ceasefire agreement.

"Two French reporters were hurt at Martuni in the Artsakh region during the Azeri bombardment," the Armenian foreign ministry tweeted.

Two Armenian journalists were also hit in the shelling, according to Armenian authorities.

Armenia's ambassador to France told AFP that both French journalists "were badly injured and are now being operated on in the town's hospital.