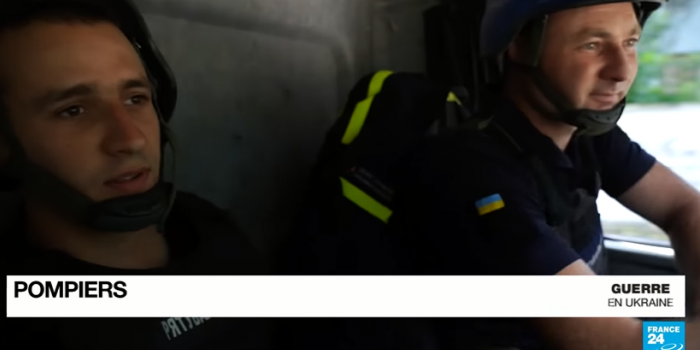 Journalists of the French TV channel FRANCE 24 came under russian fire while working on a story about the work of Ukrainian rescuers in Donetsk region, the State Emergency Service announced.

"The work of the journalists of the French TV channel FRANCE 24 about the work of Ukrainian rescuers in Donetsk region was interrupted by the enraged russians' shelling."

"Among those who came under fire are locals who had come for the water delivered by the emergency workers, our boys, and the French journalists," the message says.

The State Emergency Service noted that the journalists did not cut the footage of russian shelling from the story: "So you can see the conditions that the rescuers of Donetsk region have to work under every day."

From a brief to the FRANCE 24 report, it became known that the journalists came under fire on July 3 in Sloviansk, along with rescuers and local residents. "The city came under intense fire on Sunday. The residents who stayed there despite the bombing suffer from drinking water shortage in particular. Our special correspondents in the Donbas followed a brigade of firefighters not far from the front line, who are trying to at least somehow supply it to civilians," the caption to the report says.