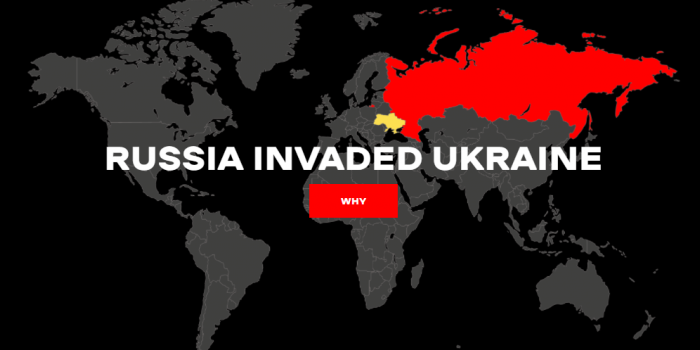 The Ukrainian Ministry of Foreign Affairs has launched a special website in English about Russian aggression in Ukraine.

This was stated by Foreign Minister Dmytro Kuleba at an online briefing on March 2, as Ukrinform reported.

The site has a true explanation of the causes of aggression, live documentation of the war unfolding in front of the world. When we win, this site will be a carefully collected archive of Russian crimes, atrocities and barbarism, and most importantly - heroism and unity of the Ukrainian people," Kuleba said.

He called on Ukrainians to actively spread links to this site among foreign friends, colleagues and acquaintances.

"The information aggression launched by Russia against us is also a battlefield, and here every citizen can help the state to win," said the head of Ukrainian diplomacy.

We will remind, on February 24 on the instructions of the president of the aggressor country Vladimir Putin, Russia started war in Ukraine. For the seventh day in a row, Russian troops have been shelling and destroying infrastructure, and missiles have hit residential buildings. Martial law was imposed in Ukraine and general mobilization was announced.