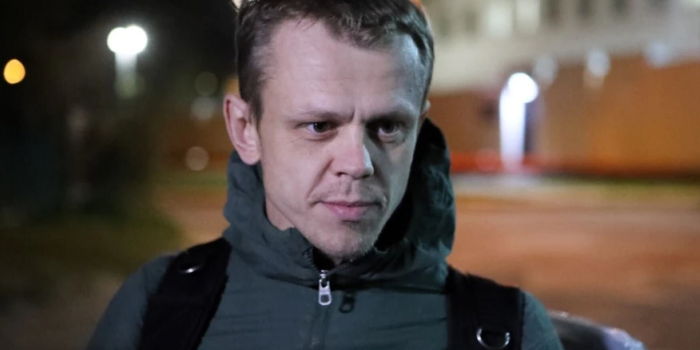 In Belarus, former photographer for Radio Liberty Vlad Gridzin has been released after 13 days of arrest, as Belarussian Radio Liberty reported.

He was released on February 17.

Vlad Gridzin worked as a photo correspondent for Radio Svoboda until the authorities revoked his accreditation on August 29, 2020.

In September 2020, he was detained while performing journalistic duties, and Vlad spent 11 days in a pre-trial detention center in Okrestsin Street in Minsk.

Vlad Gridzin became the winner and prize-winner of the Belarus Press Photo contest, his photos were published by world news agencies and mass media.

It will be recalled that on February 7, the Frunzensky District Court of Minsk (Belarus) arrested for 13 days him for "disobedience to a lawful order or requirement of an official in the performance of his duties."

He was accused that on February 4, 2022, during a search on Ignatovsky Street, he allegedly "disobeyed the lawful order of Sazonov, a police officer of the Minsk City Executive Committee, and did not let him into the apartment."

On February 7, it became known that Vlad Gridzin, was arrested in Minsk.