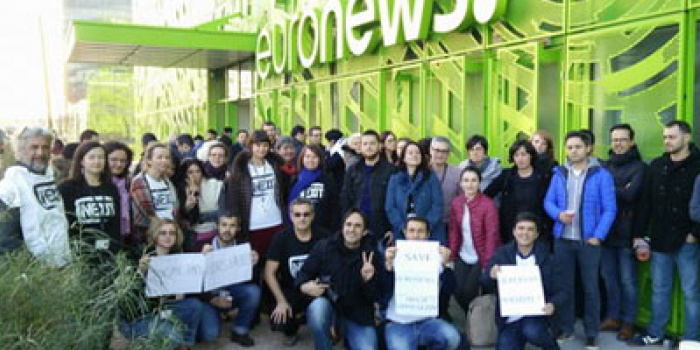 Euronews journalists began a 24-hour strike in support of the Ukrainian, Persian and Arabic services. Company's management is planning to close or cut these services, Hromadske reports, referring to one of the Euronews' trade unions.

The strike began at midnight on Dec.15. Some parts of foreign and technical services of the channel supported strike.
Journalists are at the workplace, but they do not prepare news releases.

"The strike intends to condemn the methods of management and unacceptable practices in our company. It is also against so-called "rescue plan job places" - in fact it is - a plan to cut working places," - one of the journalists told it anonymously.

As IMI reported earlier, on Dec.5, Euronews journalists of Ukrainian, Iranian, Arabic and representatives of several second-language editions held a one-day strike. The Ukrainian edition was initiator of the strike. The journalists were protesting against plans to stop Ukrainian broadcasting, in April next year, due to lack of funding. Ukrainian journalists state about unequal distribution of budget funds between 13 language services of Euronews.

Representatives of Iranian and Arabic services are also at risk of closure and they joined the strike. Journalists from most language editions supported the strike.