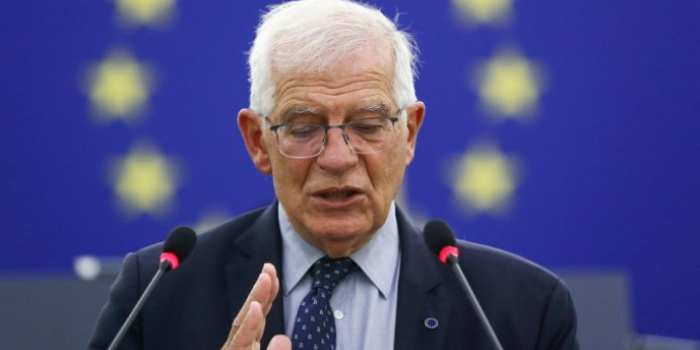 The European Union's top diplomat condemned on Friday a cyber attack on Ukraine and said the EU's political and security committee and cyber units would meet to decide how to respond and help Kyiv, as Reuters reported.

A massive cyber attack warning Ukrainians to "be afraid and expect the worst" hit government websites late on Thursday, leaving some websites inaccessible on Friday morning and prompting Kyiv to open an investigation.

"We are going to mobilise all our resources to help Ukraine to tackle this cyber attack. Sadly, we knew it could happen," Josep Borrell told reporters at an EU foreign ministers' meeting in the western French city of Brest.

"It's difficult to say (who is behind it). I can't blame anybody as I have no proof, but we can imagine."

The cyber attack, which targeted the foreign ministry, the cabinet of ministers and the security and defence council among others, comes as Kyiv and its allies have sounded the alarm about a possible new Russian military offensive against Ukraine.

Ukraine's foreign ministry spokesperson told Reuters it was too early to say who could be behind the attack but said Russia had been behind similar strikes in the past.

Also speaking in Brest, Swedish Foreign Minister Ann Lind said the West must stand up to any Russian aggression.

"... we have to be very firm in our messages to Russia: That if there are attacks against Ukraine, we will be very harsh and very strong and robust in our response," she told reporters, adding that Sweden stood in solidarity with Kyiv.

German Foreign Minister Annalena Baerbock said she would travel to Moscow next week for talks on the Ukraine crisis.

She did not comment on the cyber attack but dampened hopes for a quick solution after a series of talks between the West and Russia this week.

"It is a characteristic of diplomacy in a crisis that it takes a lot of persistence, patience and strong nerves," she said. "This is why it is so important to make intensive use of varying channels of communications."