Propastor is a web project of the Estonian Defense League which is linked with the country’s Defense Ministry. The project is geared to ensure the country’s information security. Propastor posted a list of 28 Russian internet resources which, it claims, are carrying out anti-Estonian propaganda

In Propastop stressed that the list is not complete and there is a network with hundreds of portals, blogs, feeds, and pages, which are spreading propaganda. They also called on the Estonian business to does not work with those "blacklisted" media. 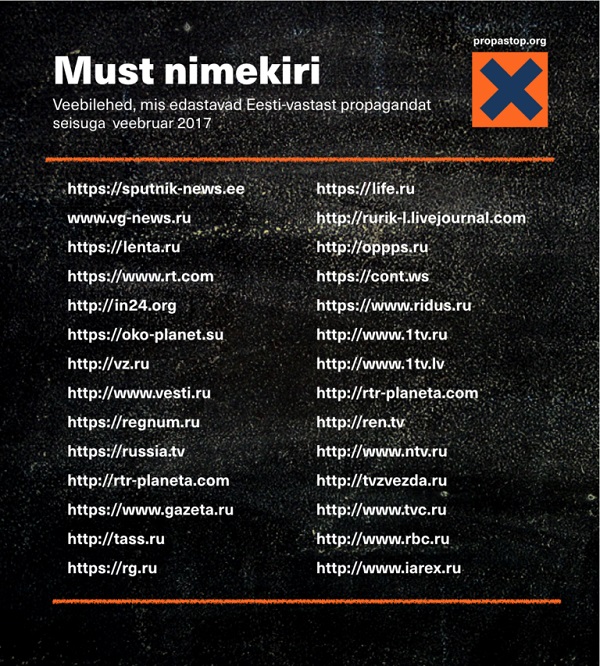 Recall that the last year, the European Parliament passed a resolution against the Russian propaganda. MEPs propose to create a small task force on strategic communications to counteract anti-European campaigns. The goal is to invest in raising public awareness, education, and local online media, investigative journalism and information literacy.