Editor-in-chief with Censor.net summoned for interrogation 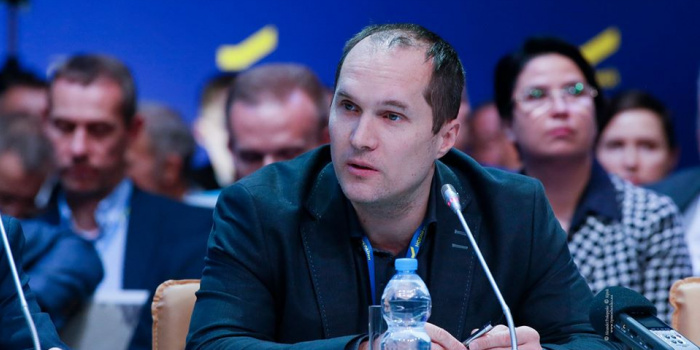 Yuriy Butusov, editor-in-chief of web-based edition Censor.net, was summoned for questioning by the Office of the Prosecutor General in the case of a special operation aimed to detain 28 members of Wagner Group in Belarus. He said it on Facebook, as “Detektor Media” reported.

"I was summoned for questioning in the case of a special operation to detain 28 Wagner Group members, in a case that does not officially exist. Well, this is a huge step forward - because at first, the authorities said that there was no Wagner Group operation, nothing to comment on, but finally common sense prevailed, "- the journalist said.

According to Butusov, he was summoned for questioning on September 9 as a witness to the deputy head of the war crimes department Andriy Tkachenko, head of a group of prosecutors in the criminal case 20142014000000000457 on the fact of Russia's aggressive war against Ukraine. It was within the framework of this case that the members of Wagner Group have been documented.

"I will report all the information I know about the case, my suspicions and arguments about those in the President's office who gave the order to cancel the capture of terrorists. The case of treason in the Office of the President could break the impass: now everything I have been written will be procedurally recorded in the case files, and if the Prosecutor General's Office and the SBU do not investigate it, so someone among the prosecutors will have to take responsibility for concealing the leakage ", - Butusov added.

On August 18, an information started to circulate that allegedly the Ukrainian special services prepared large-scale operation to proceed with detention of Wagner Group. To this effect, they were lured to Belarus. However, after the security forces reported this project to the President's Office, the special operation failed.

On August 14, it became known that Belarus had handed over to the Russian Federation 32 Wagner Group militants detained on July 29.

President Volodymyr Zelensky called the extradition of Russia's Wagner Group members an unfair decision that would have catastrophic consequences.