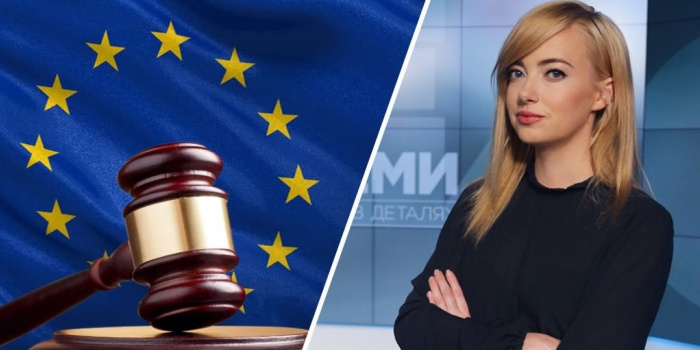 The European Court of Human Rights (ECHR) has ruled in favor of a journalist from RFE/RL's Ukrainian Service who has battled against the handover of her smartphone data to authorities in what the court agreed is an essential defense of a free press and privacy in democratic society., as Radio Free Europe/Radio Liberty reported.

Natalia Sedletska, who hosts the award-winning investigative TV program Schemes, has been locked in a three-year effort to protect her phone data from seizure by Ukrainian prosecutors investigating a leak of state secrets nearly four years ago.

The ECHR concluded that Sedletska should be protected from the data search under Article 10 of the Convention for the Protection of Human Rights and Fundamental Freedoms and stressed the importance of protection of sources for a functioning free press.

"[T]he court is not convinced that the data access authorization given by the domestic courts was justified by an 'overriding requirement in the public interest' and, therefore, necessary in a democratic society," the decision read.

Sedletska turned to the European rights court after a Ukrainian court ruling in 2018 gave authorities unlimited access to 17 months of her smartphone data.

Schemes had reported on several investigations involving senior Ukrainian officials, including Prosecutor-General Yuriy Lutsenko, during the period in question.

Sedletska has argued that the Ukrainian ruling contravened domestic law and Kyiv's commitments to a free press.

Her application to the ECHR sought protection from the seizure of her communications data as such judicial action was not "necessary in a democratic society," and was grossly disproportionate and not justified by any "overriding requirement in the public interest."

The ECHR agreed and stressed that "the protection of journalistic sources is one of the cornerstones of freedom of the press."

"RFE/RL applauds this ruling, which protects the confidentiality of journalistic communications and sets limits for executive power,” RFE/RL President Jamie Fly said in connection with the April 1 decision. "The work of investigative journalists, by its nature, is hard and often dangerous.

"Credible investigative journalism cannot be done in an atmosphere of official impunity, and without the certainty that exchanges between source and journalist will remain private."

The prosecutors pressed for access to Sedletska's phone data in connection with a criminal investigation into the alleged disclosure of state secrets to journalists in 2017 by Artem Sytnyk, director of the country's National Anti-Corruption Bureau.

On August 2018, Kyiv's Pechersk district court approved a request by the Ukrainian Prosecutor-General’s Office to allow investigators to review all of Sedletska's mobile-phone data from a 17-month period.

The European Parliament in 2018 passed a resolution expressing "concern" at the Ukrainian ruling and stressing the importance of media freedom and the protection of journalists' sources.

The Organization for Security and Cooperation in Europe (OSCE) and the watchdog groups Committee to Protect Journalists (CPJ) and Reporters Without Borders have also backed Sedletska's arguments.

Schemes is a corruption-focused TV program produced by RFE/RL's Ukrainian Service and Ukrainian Public Television. It had a combined audience across its two channels of more than 10 million last year.