El Nacional in the Dominican Republic has now apologised for accidentally publishing a still of Alec Baldwin, captioned as the US president, next to Israeli PM Benjamin Netanyahu.

The image accompanied an article about Israeli settlements.

The paper has said sorry to readers and "anyone affected".

The picture was sent to the newspaper along with information about Saturday Night Live, the long-running US satirical programme.

"Not funny, cast is terrible, always a complete hit job. Really bad television!" he once tweeted. 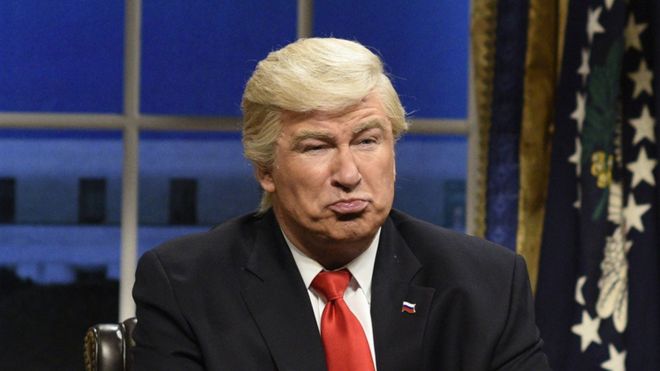 Photo - twitter.com/_youhadonejob1, AP
Liked the article?
Help us be even more cool!
Other news