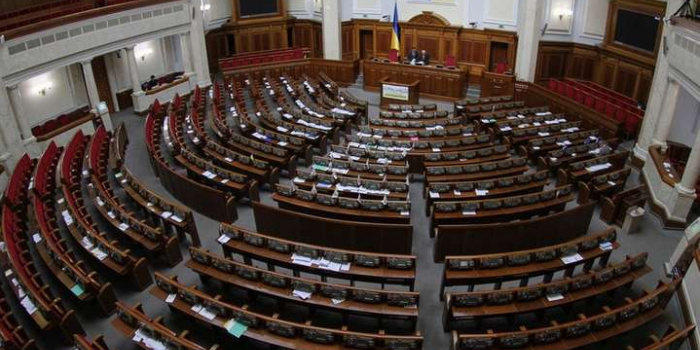 “Due to the facts surrounding the previous decision to revoke the accreditation of some media outlets and to fulfill the order of the Verkhovna Rada of Ukraine requiring to have a balanced and objective attitude in considering the criteria and conditions of accreditation of media representatives, we inform that this decision has been cancelled as such that fails to meet the principles of transparency and tenability, ”the statement read.

The press service apologized "for the regretful mistake that occurred due to an insufficient attention to the monitoring work on the coverage of the Verkhovna Rada of Ukraine."

Accreditation of the publication was terminated as not meeting its objective: "for a comprehensive, objective and balanced coverage by journalists, technical staff of the media of the Verkhovna Rada of Ukraine."

On October 28, the Chairman of the Verkhovna Rada, Dmytro Razumkov, gave an urgent instruction to the press service of the Verkhovna Rada to revise and adopt a well-considered decision on the list of media outlets and the grounds for depriving them of accreditation to parliament.

Members of the Media Movement, journalists and representatives of media organizations regarded the mass deprivation of accreditation of Ukrainian media outlets as an interfence and called on the Verkhovna Rada Committee on Freedom of Speech to revoke this decision and law enforcement agencies to initiate proceedings under Article 171 of the Criminal Code.