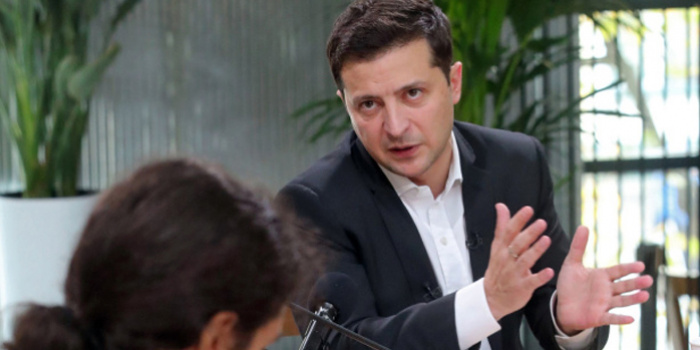 The draft law on the de-oligarchization of mass media is to be elaborated, when the Ministry of Culture, Youth and Sports will be fully formed. The National Council of Television and Radio Broadcasting will observe whether the law is respected. The President Volodymyr Zelensky told it at the press marathon on October 10, as Ukrinform reported.

“The de-oligarchization of the mass media says that all owners of TV channels, of all media, internet platforms should be businessmen, not politicians. That is, they should not influence the policies of any media. We must elaborate such a law. We were expecting a fully formed ministry under Mr. Borodyansky to be composed, and we will start, they have not yet formed, we will build a framework for this bill and we will discuss it with the TV channels, ” Zelensky said.

He added that the National Council of Television and Radio Broadcasting should  oversee the implementation of the law in the future.

“There has to be a law. And to see if everyone complies with this law is the task of the National Council of Television and Radio Broadcasting. Borodyansky with the National Council, eventually with the President of Ukraine, have towork out the bill, to present it  to the parliament, then meet all the oligarchs-owners of TV channels, to sit down and to say: it is no longer possible to influence editorial politics, ”Zelensky added.

He added that he would be able to negotiate with the oligarchs about not interfering with the editorial policies of the channels if he is "not pushed on all sides" by those for whom he was going to negotiate.

Earlier, it was reported that the team of the Office of the President, Volodymyr Zelensky, is elaborating package of bills on the media industry, which will deal with the issue of media de-oligarchization.
Liked the article?
Help us be even more cool!
Other news