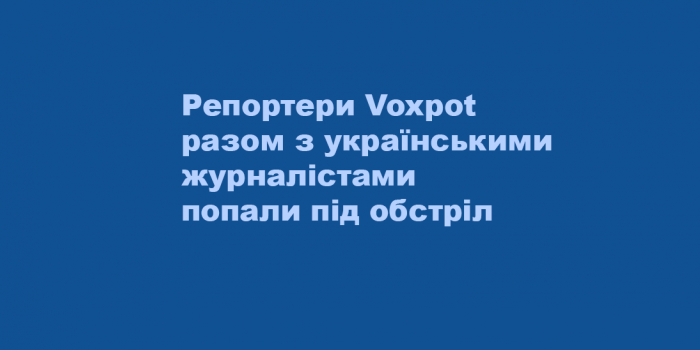 Czech Voxpot reporters came under fire along with Ukrainian media outlets in Makariv near Kyiv. This was reported by Voxpot reporters. Journalists reported that they were alive, but as they tried to escape, Russian militants deliberately shot at journalists' cars. Shots from an AK-74 were found on the car door.