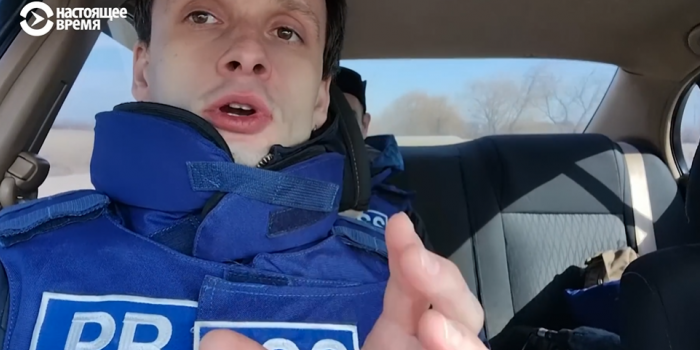 The TV crew of the Current Time channel (RFE/RL) came under artillery fire from Russian troops in the Kyiv region on March 15. This was reported on the channel's website.

According to the channel, the Russian military targeted one of the villages in the northern direction.

The shelling caught journalist Borys Sachalko and his cameraman in the field. They were in press vests and were able to reach cover. Boris lost the microphone, but survived.

"We are with the driver and the operator untouched," Sachalko said after escaping.

It should be noted that the film crew of Current Time came under fire together with the film crews of the " Facts" program of ICTV and TSN channel 1 + 1.