Crimea released Kurbedinov from the ward

CRIMEA, on February 5, lawyer Emil Kurbedinov was released from the Simferopol isolation ward after ten days of administrative arrest. This lawyer Eden Semedlyayev on his page in Facebook, reports Channel 5.

Activists welcomed Kurbedinov; they repeatedly staged a flash mob in support, including on Maidan Nezalezhnosti in Kyiv.

Emil Kurbedinov thanked civil society, journalists and colleagues for the support. He told about that he is going to proceed with protection of Muslims in the courts of Crimea controlled by Kremlin, according Krym.Realii.

"My colleagues and I see no other choice, but to continue our work and defend human rights. My absence influenced cases I run. They held me back from several processes on Muslims. The so-called diversionist case, in which the FSB continued detention of my client - Redvan Suleimanov. What is more interesting is how they made it legally, as a few days before my arrest, the court refused FSB appeal to continue his detention," - Kurbedinov commented on events that occurred during his arrest. 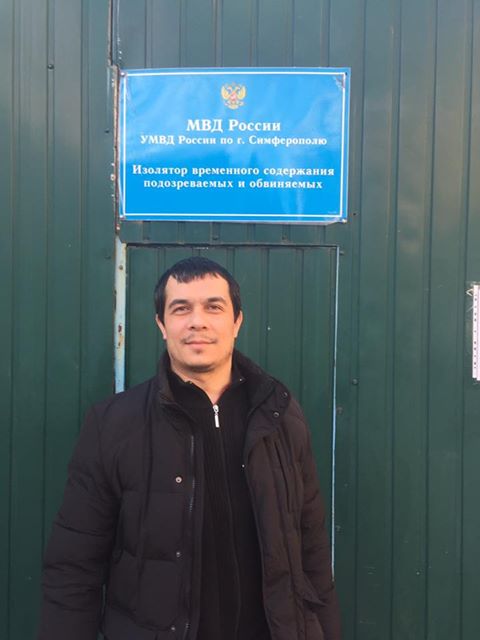 The lawyer is going back to work on February 6.