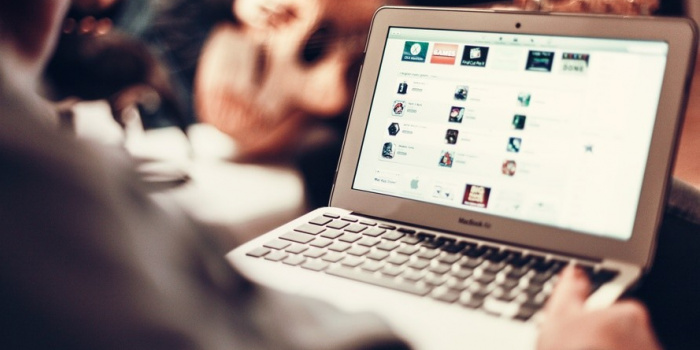 Law enforcement and the judiciary are covered in an unbalanced manner in the regional media. More than two-thirds of mentions of law enforcement and the courts of justice are the press releases speaking of criminal news and reports of successful activity. At the same time, corruption and other offenses by law enforcement agencies and the judiciary are the least covered in the regional online media (only 3% of the total number of mentions). These are the results of the IMI survey conducted in April 2021 in 10 regions of Ukraine *.

This assumption is confirmed, if we look at the results of a study on sources of information in the news on law enforcement. It turns out that 65% of such news is based on official information (press releases, data from law enforcement websites). 12% of news about law enforcement agencies and courts are taken by regional media in other media, 10% were taken from social networks. And only 8% are the product of its journalist. We could suppose that such a small percentof its own news is a consequence of quarantine restrictions and the fact that newsrooms operate remotely. However, unfortunately, very little number of its own news product is the trend that IMI has been recording in the last few years in regional online media.

And 4% of news on law enforcement agencies and courts in the regional media did not mention any source of information at all, which is a gross violation of the professional journalistic standard of credibility.

The most popular topic were criminal news: they accounted for 53% of all mentions of law enforcement and the judiciary. And half of such news  covered the National Police. Another 20% of news about the crime came to the media from the press services of the road police, and 16% were from the prosecutor's office. The SBI and NABU appeared the least in the criminal news (1% each).

Interestingly, the news of successful activities accounted for as much as 25% of the total number of materials with mentions of law enforcement agencies and courts. The national police was also mentioned most often in such news (50% of the positive news fell on it, and again due to the fact that the news was based on press releases). The second position was up to the road police (19%) was and, not surprisingly, the regional courts (12%). NABU (1%) was rarely mentioned in success reports.

In topics related to high-profile cases, law enforcement agencies and the judiciary appeared on average in 12% of the news. The courts (43%, due to the case of Sternenko and others), the national police (25% of mentions) and the Prosecutor's Office (17% of mentions) were most often mentioned in this topic. SBI (1% of mentions) appeared in the news the least often.

The news about law enforcement and the courts of justice could hardly be called balanced, as they were based mainly on official reports and were favourable to the authorities. As for the tonality of the news, 39% of the news on law enforcement agencies and courts in the regional online media were speaking in a positive way. Another 57% of mentions were neutral, and only 4% were of negative connotation. The most negative mentions in the regional online media were about NABU: 17% of all about this structure, which can be explained by systematic negative mentions of it from politicians and news with signs of order. The national police (5% of all mentions of this structure in the regional media), the SBU (5% negative) and the road police (2%) were covered with the least of negative. There are no negative mentions of the prosecutor's office and the SBI at all.

The least news about law enforcement agencies and courts was recorded in Kropyvnytsky (10% of the total number of news items) and in the media of the non-occupied part of the Donetsk region (8%).

Finally, the study revealed a significant imbalance in the coverage of law enforcement agencies and courts. IMI experts believe that it is the result of the effect of three key factors. The first is the bad economic condition of mass media, when the number of creative editorial staff is very limited, and the news is prepared by the newswire editors instead of journalists. Second, the small number of journalists and editors is translated in in a poor quality content, the newswire is largely formed from official press releases, reposts, which are also duplicated in various media, and the number of own news that journalists could prepare is relatively insignificant. And the third factor is the lack of a media development strategy based on the news component.

The study showed a lack of serious competition for exclusive information on law enforcement and courts, and this news accounts for up to a third of the content in some regions. In the strategic perspective, media resources that do not compete for content have a feeble chance to survive. The first step to resolve it, could be the strategic sessions to be held in local media outlets, to assess their strenghths and weaknesses, to develop editorial policies that would increase media independence and, consequently, audience confidfence, and in-depth analysis of their target audience.

Journalist from Nizhyn targeted by cyberbullying

Pryamyy TV claimed SBI eavesdropped on its employees and director general
Blogs
Sanctions against Medvedchuk’s TV channels. The first estimates
Want to learn first about the new research of the Institute of Mass Media? Subscribe to the newsletter!