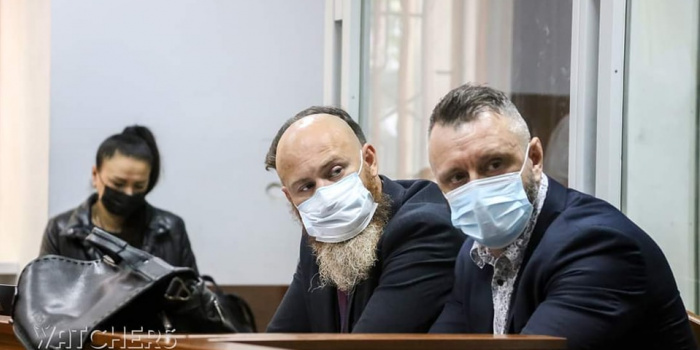 Watchers
Kyiv's Shevchenkivskyi District Court has changed the measure of restraint for Andriy Antonenko, a suspect in the killing of journalist Pavlo Sheremet, from round-the-clock house arrest to house arrest every night from 23:00 to 06:00, as Ukrinform reported.

The presiding judge, Oksana Holub, announced this at a court session on Monday, September 27, according to an Ukrinform correspondent.

"The court ruled to change the measure of restraint for Antonenko from round-the-clock house arrest using an electronic monitoring device to house arrest during a designated period of time using an electronic monitoring device, forbidding him to leave his place of residence from 23:00 to 06:00. The measure of restraint has been set for two months, until November 27 inclusive," Holub said.

The court also imposed additional obligations on Antonenko, including the obligation to come to the court at each request, to hand in his documents for travel abroad, to refrain from out-of-court communication with persons involved in these proceedings as victims, witnesses, experts, specialists, not to leave the Kyiv region without a court permit, to wear an electronic monitoring bracelet, etc.

The court also considered a number of petitions from the defendants' defense lawyers and decided to grant the request from Taras Bezpalyi, Kuzmenko's defense lawyer, to return her the things that were temporarily seized during the searches.

At the same time, the court rejected the request of Duhar's lawyer Denys Lomanov to return the things temporarily seized from his client during several searches.

After that, the court postponed the court hearing to 11:00 on September 28.

Journalist Pavlo Sheremet was killed in a car explosion in Kyiv on July 20, 2016.

In September 2020, law enforcers forwarded the indictments to court.