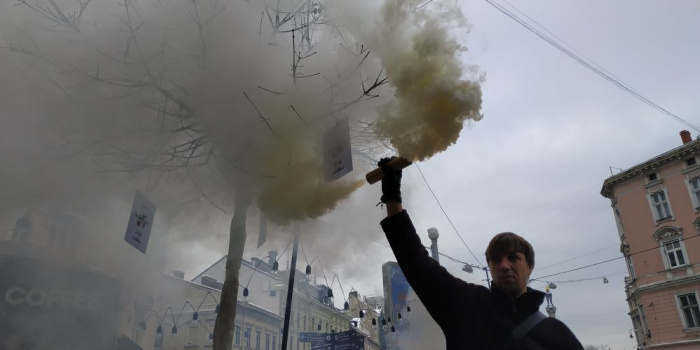 On January 13, the judge of the Halytsia District Court of Lviv Viktor Romanyuk upheld a complaint filed by Luks TV and radio company about inaction of the police failing to investigate into the attempted assault on the Zaxid.net edition on December 21, 2018, as Zakhid.net reported.

The editorial staff emphasized that at the time of the judge decision, the district department of police did not even enter information about the incident into the Unified Register of Pre-trial Investigations, although the editor-in-chief immediately filed complaint to the police.

As IMI reported, on December 21, 2018, about a hundred picketers lit smoke bombs in front of the Zaxid.net editorial office and tried to break inside.

On 18th of December, Andriy Drozda claimed he and his family were threatened by members of Lviv radical non-government organizations due to his professional activities. His colleague Marta Kohut claimed she had been threatened also.