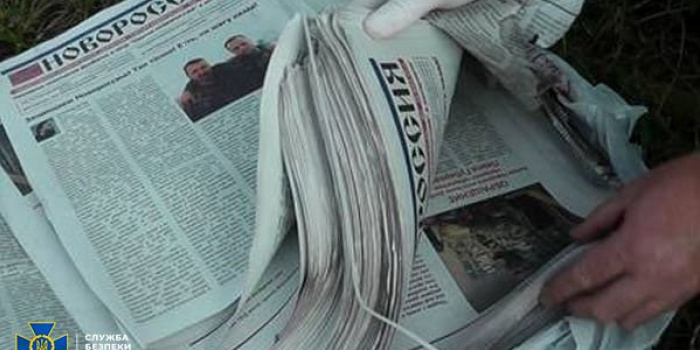 This was reported by the SSU Office in Khmelnytsky region.

According to the investigation, in the spring of 2014, a Khmelnytsky resident coordinated a pro-russian public and political association "Union of Citizens of Ukraine" in the western part of Ukraine. At that time, he held two video conferences about the political events in Ukraine on an Internet website. The man publicly called for a change in the outline of the territory and the state border of Ukraine and supported the so-called "militias," emphasizing the need to provide them with all possible help and financial assistance. Over 5,000 people have watched the video conference on the website.

At the same time, together with his acquaintance, he distributed the newspaper "Novorossia" among the people of Khmelnytsky. According to the SSU, the printed periodical called for unification of all "native russian lands," for restoration or even expansion of the USSR borders, for physical destruction of the Ukrainian leadership that came to power after the Euromaidan events and of its supporters, for taking up arms and defending "Novorossia."

The authorities accused the defendants of encroaching on the territorial integrity and inviolability of Ukraine (Article 110 of the Criminal Code of Ukraine).

The court's verdict has not entered into force and can be contested in the Khmelnytsky Court of Appeal.