Court fines Metzher and his colleagues for attacking Skhemy journalists 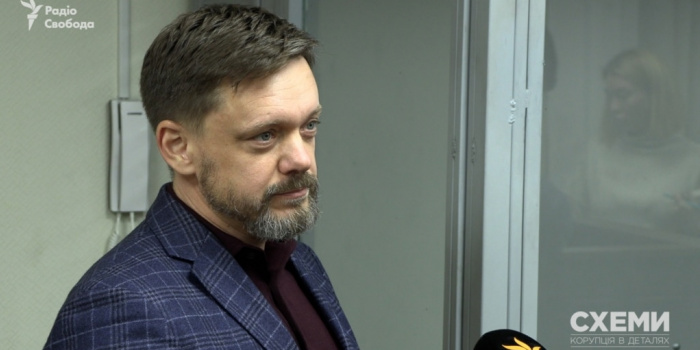 The court passed such a decision on September 14, Radio Liberty reports.

Court judge Mykola Didyk read out the verdict, according to which Yevhen Metzher was found guilty under Part 1 and Part 3 of Article 171 of the Criminal Code ("Illegal seizure of materials collected by a journalist and their technical equipment, obstruction of the journalist's work committed by an official abusing their official position") and assigned the punishment in the form of a UAH 3,400 fine (200 tax-free minimum incomes) without deprivation of the right to hold certain positions.

In his comment to Radio Liberty, Metzher said with regards to the ruling: "A ruling is a ruling, a court is a court. We accept it as it is. I may agree, I may disagree. I will talk to my lawyers, we will study the verdict, we will study all the arguments, and we will decide whether to file (an appeal – Ed.) or not."

When asked about his intentions to hold government positions in the future, Metzher replied, "If there is such an opportunity, if I have such a wish, if I am needed by the state – yes, I will. If I am not needed, then I won't. But I believe that I have enough skills that the state may yet need."

Telbizov responded to Radio Svoboda's question about the court verdict as follows: "There is a court, there is a decision. This is not an entertainment club where someone can be satisfied or not. I do not argue with the court's decision, I am a citizen of this country. And today there are much more important things here than discussing who is happy with what. From the moment we exit the system we work, serve, keep going. Therefore, what happened here today is but the little things of life."

Commenting on the decision, the journalists' attorney Anatoliy Popov noted that the court "effectively handed down a sentence within the limits of what the prosecutor's office had requested."

"The fine is what the prosecutor's office requested. We will discuss the need to file an appeal on our behalf when we get acquainted with the full text of the court ruling," stressed the victims' defender.

The victims appeal against the groundless, in their opinion, closing of the criminal proceedings under the most serious Article 146 ("Illegal deprivation of freedom or abduction of a person"), which provides for restriction of freedom for a term of up to three years or imprisonment for the same term.

The prosecutor of the Holosiiv District Prosecutor's Office of Kyiv, Yevhenia Lytvynchuk, refused to provide journalists with a comment in the courtroom.