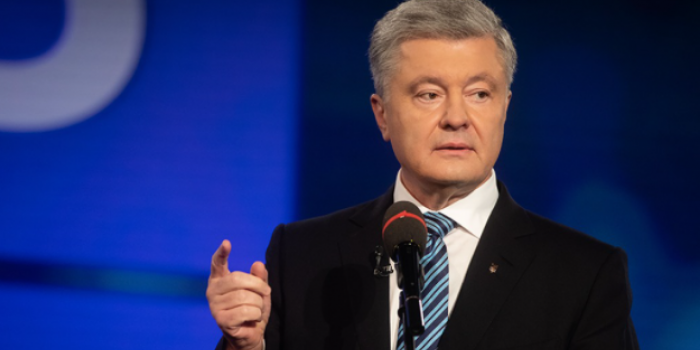 Investigating Judge Oleksiy Sokolov read out a respective ruling on Wednesday, January 19, according to an Ukrinform correspondent.

"The court ruled to choose personal recognizance as a measure of restraint for Petro Oleksiyovych Poroshenko," the judge said.

Judge Sokolov at a court hearing on January 17 heard the arguments of the parties in the case and retired to the deliberation room, where he stayed for five hours.

After that, the parties were informed that the decision to select a measure of restraint for Poroshenko would be announced at 14:00 on January 19.

The prosecution requested that Poroshenko be remanded in custody with the possibility of posting UAH 1 billion as bail.

On December 20, 2021, Ukraine's Acting Prosecutor General Oleksiy Symonenko signed a notice declaring Poroshenko a suspect in the case of treason and aiding terrorist organizations over coal supplies from the temporarily occupied territories of Ukraine.

Subsequently, the Prosecutor General’s Office approved the request to impose a pretrial restraint on Poroshenko in the form of custody with the possibility of posting UAH 1 billion bail.

The officers of the State Bureau of Investigation and the Security Service of Ukraine are investigating the criminal case on a group of Ukrainian citizens organizing a criminal scheme of coal supplies from the temporarily occupied territories and financing the terrorist organizations "LPR" and "DPR" totaling about UAH 1.5 billion. Proceedings are carried out under Part 1 and Part 3 of Article 258-5 (financing of terrorism), Part 1 of Article 111 (treason) and Part 1 of Article 258-3 (aiding a terrorist organization) of the Criminal Code of Ukraine.

In September-November 2021, MP Viktor Medvedchuk, former energy minister Volodymyr Demchyshyn, and businessman Serhiy Kuziara were declared suspects in the case. The prosecutor's office asked the court to take Medvedchuk in custody with the possibility of posting UAH 1 billion bail.