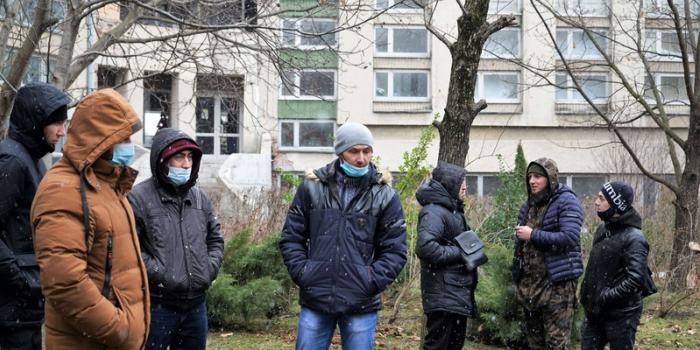 Correspondents for the civic movement "Crimean Solidarity" were not allowed on January 11 to attend the final court hearing on the Bilogorsk case "Hizb ut-Tahrir" in the Southern District Military Court of Rostov-on-Don, as Crimean Solidarity reported.

The Southern District Military Court is holding the final 15th court hearing in the case of the Bilogorsk group Hizb ut-Tahrir. Enver Omerov, Riza Omerov and Ayder Japparov will have the last plea. Our correspondents were not allowed to get in the courtroom, ”the message read.

According to “Crimean Solidarity”, the judge justified the denial of access to the courtroom by some "organizational and administrative measures to prevent the spread of COVID-19", referring to a decision of the Rostov region authorities and an order of the acting chairman of the Southern District Military Court.

We will remind, on January 11 in Rostov-on-Don the final session of court over citizens of Ukraine Enver and Riza Omerov, and also Ayder Japparov took place, the sentence is to be issued within the next few days.

Prosecutors asked for long prison terms for them: 19 years of imprisonment in a high-security labour camp for Enver Omerov, 59; 13 years for his son Riza - 13 years and 18 years for Japparov.

All three are residents of the Bilogorsky district of Crimea, who were detained on June 10, 2019. They are accused of "conducting terrorist activities" and allegedly participating in the activities of the Islamic organization "Hizb ut-Tahrir".