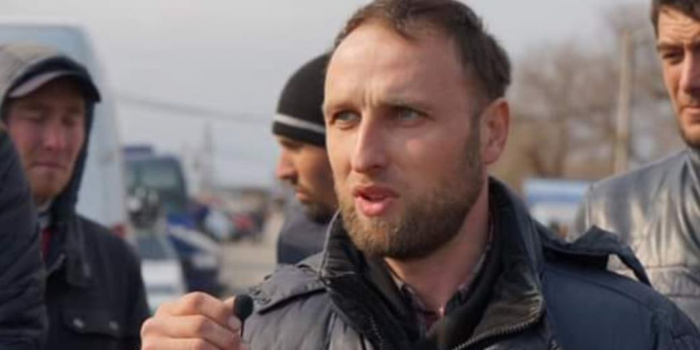 Ruslan Suleymanov, citizen journalist and key figure in the second Hizb ut-Tahrir case in Simferopol, has been taken to the Crimean Clinical Psychiatric Hospital. Within a month he will undergo a forensic psychiatric examination.

"I learned that Ruslan was in a psychiatric hospital when he came to detention facility-1 in Simferopol to bring alimentary to his two sons - Eskender and Ruslan. They are both arrested and are in the same detention center now. But they refused to accept a hand-over for Ruslan and said that he was sent for forensic psychiatric examination for a month, "Suleymanov said.

Ruslan Suleymanov is a physics teacher, citizen journalist and streamer of Crimean Solidarity.

Earlier this month, it became known that Ruslan Suleymanov's health had deteriorated.

On March 27, 2019, Russian security forces searched the homes of Crimean Tatar activists in Crimea, including activists of the Crimean Solidarity public association, including citizen journalist Ruslan Suleymanov. A total of 24 activists have been detained on charges of participating in the banned Hizb ut-Tahrir organization in Russia, which is banned in Russia and occupied Crimea.