‘Not rooted in reality’: News channels cut away as Trump delivers 17-minute tirade of election conspiracy theories - The Independent 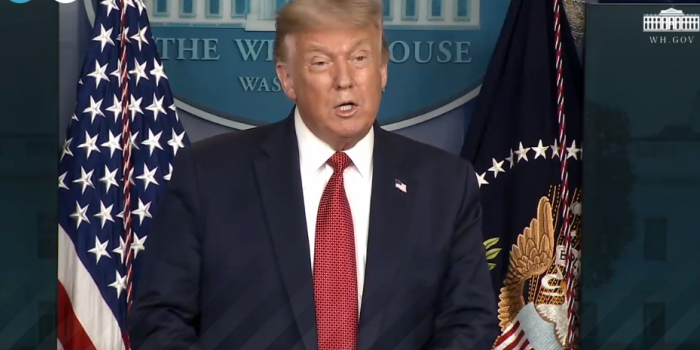 Major networks and news outlets refuse to carry president’s remarks.. Several television networks pulled away from Donald Trump’s first in-person remarks in 36 hours, as the president delivered a 17-minute tirade floating conspiracies and amplifying baseless claims of election fraud as thousands of votes are processed from the presidential election, as The Independent reported.

He has signalled a premature and illegitimate victory, while claiming Democrats have led a fraudulent effort to deliver late-arriving mail-in ballots that tipped the balance in his Democratic opponent Joe Biden’s favour. The president also railed against what he claimed are efforts to block partisan poll watchers from reviewing the ballot counts in Pennsylvania, which they have been allowed to do.

Networks had regularly cut from in-progress remarks during coronavirus briefings to avoid broadcasting the president’s false and misleading claims.

On Thursday night, CNN, MSNBC, NBC and ABC, among others carrying streams from the White House, cut away from his remarks.

“It was not rooted in reality, and at this point, where our country is, it’s dangerous," he said.

USA Today’s editor in chief Nicole Carroll, as the outlet carried a livestream on its platforms, said in a statement that “President Trump, without evidence, claimed the presidential election was corrupt and fraudulent. We stopped the livestream of his remarks early and have removed the video from all our platforms.”

“Our job is to spread truth – not unfounded conspiracy theories,” he said.

Minutes into the remarks, NBC host Shepard Smith said “we’re interrupting what the president of the United States is saying, in large part, is absolutely untrue, and we’re not going to allow it to keep going, because it’s not true."

GOP ally Chris Christie, among prominent Republicans who have dismissed the president’s attempts to undermine election integrity, told ABC host George Stephanopoulos that while it’s the Trump campaign’s right for to pursue legal action, “show us the evidence”.

"We heard nothing today about any evidence," he said. “This kind of thing, all it does is inflame without informing, and we cannot permit inflammation without information."