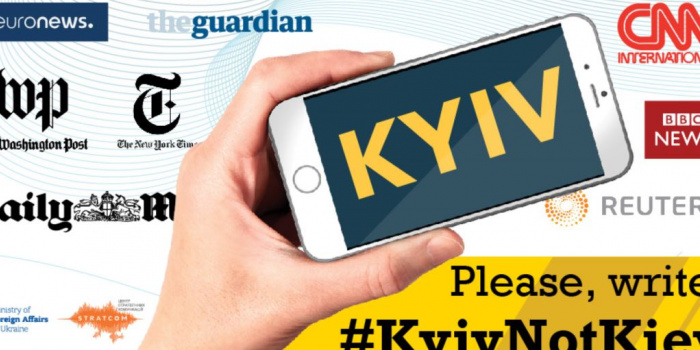 ITV News, the British popular TV channel, will use the correct name for the Ukrainian capital in English – "Kyiv" instead of the old form of "Kiev", as Ukrinform reported.

The Embassy of Ukraine to the United Kingdom of Great Britain and Northern Ireland wrote about this on Twitter.

“One of UK’s top TV channels ITV News has just informed us about changing its house style. From now on it uses Kyiv, not Kiev! Thank you! #KyivNotKiev goes on!” reads the report.

As Ukrinform reported, the Foreign Ministry initiated the online campaign #CorrectUA that was launched in October 2018.

The Foreign Ministry calls on foreign official institutions and commercial companies to abandon using spelling of Ukrainian cities derived from the Russian language and replacing them with the correct ones: Kyiv, Odesa, Kharkiv, Lviv, and Zaporizhzhia. The campaign also launched the flash mob #KyivNotKiev.

The Telegraph, The Economist and The Financial Times have earlier stated they will use “Kyiv" instead of "Kiev".