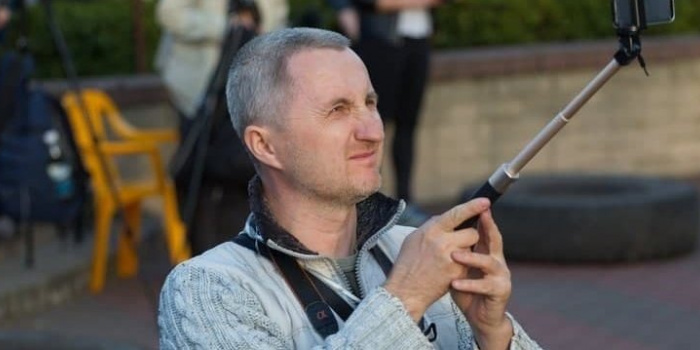 The editor of “Virtual Brest,” Andrei Kukharchyk, has been convicted for his commentary about MP Ihar Marzalyuk, reports the HRC “Viasna,” as Belsat reported.

On Thursday, a Brest court heard the criminal case against Andrei Kukharchyk, editor of the site “Virtual Brest.” the hearing ended on Friday. Judge Yauhen Brehan was in charge of the trial.

Kukharchyk was charged under Article 369 of the Criminal Code (“Insulting a representative of the authorities”). According to investigators, Kukharchyk wrote a comment in the telegram chat, “We discuss the dangerous Brest,” under the picture of the House of Representatives Deputy Ihar Marzalyuk.

Judging by the public video of the Interior Ministry on the case, the comment was as follows: "The people were beaten and the deputy said :Forget the insyults and start with a clean slate".

For this, the state prosecution suggested that the journalist be sentenced to a year and a half of freedom restriction at home. Judge Brehan eventually passed precisely that sentence.

On 23 October, the “Virtual Brest” website was blocked on the territory of Belarus.