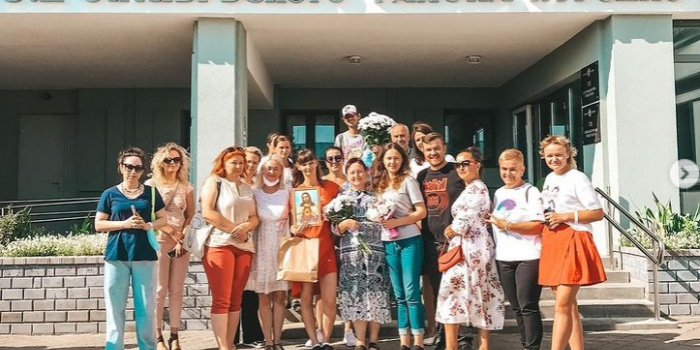 n August 16, Vadym Yermashuk attended the court hearing in Grodno, where they sentenced three women for participating in a protest. The blogger posted a post on Instagram with the support of convicts who got 2 to 4 years in prison and had previously spent five months in custody.

After the trial, Vadym Yermashuk went to the town of Schuchin, where he was detained.

According to Zerkalo.io, in October last year, the blogger was tried for participating in an unauthorized rally. Then he was found guilty under Part 1 of Art. 23.34 Administrative Code and fined 20 basic units.

As IMI reported, two journalists working for the Austrian TV company ORF were detained in Minsk on August 9 and later released.

Independent media and journalists have faced reprisals in Belarus since protests began in Belarus last year.