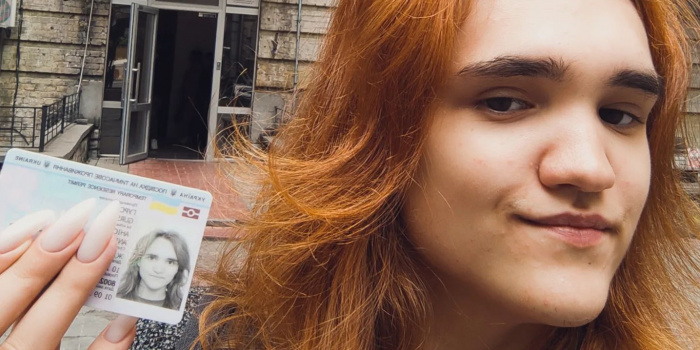 "The 'golden-haired girl' got her permit. And not just any permit, but with an okay photo, too," she wrote.

We remind that in June, Anisia Kazlyuk was detained at the Kyiv railway station when she was getting off the train, the reason being the lack of a Ukrainian residence permit, which is now not being issued to Belarusian citizens. Later, she was fined UAH 1,700, but the authorities decided against forcing her to return to Belarus, from where she had fled due to the repressions of Aliaxandr Lukashenka's regime.

In early 2021, the girl spent 17 days in the Okrestino detention center in Minsk, receiving no packages from outside, arrested for participating in an unauthorized protest and non-complacency.

In 2018, Anisia was included in the Forbes list of the most promising people under the age of 30 in Europe in the nomination "Law and politics."

Many Belarusians are facing legalization problems in Ukraine after the beginning of the russian invasion, which is being carried out from the territory of Belarus in particular. Also, not all Belarusians are allowed to enter Ukraine, even if they have a residence permit and other documents.