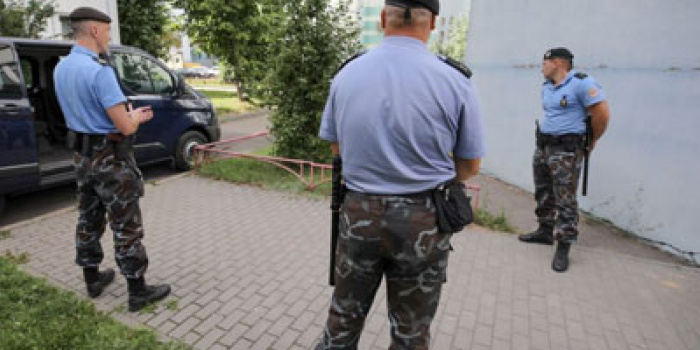 Belarusian authorities have stripped two Russian journalists of accreditation after their reports about the growing coronavirus outbreak in the country, as Radio Free Europe/Radio Liberty reported.

The Foreign Ministry in Minsk did not specify why exactly journalist Aleksei Kruchinin and his cameraman Sergei Panasyuk, who work for Russia's Channel One television company, were deprived of their accreditation.

But a Belarusian state television channel aired a report in response to Channel One's coverage of the coronavirus outbreak in Belarus, accusing Russian journalists of spreading false information.

Channel One called Minsk's move "absolutely groundless" and company representatives told RFE/RL on May 7 that reactions to the move "will be made on diplomatic levels as well."

According to Channel One's representatives, Kruchinin left Minsk for Moscow right after the ministry's announcement, while his family remains in the Belarusian capital.

As of May 6, Belarus had reported 19,255 confirmed coronavirus cases and 112 deaths.

Belarusian President Alyaksandr Lukashenka has repeatedly derided concerns over COVID-19, the disease caused by the coronavirus.

He has claimed disregard for the environment was in part to blame for the spread of the virus, and activities like planting trees could help defend against it.

In stark contrast to other European countries that have adopted strict lockdown measures to contain the pandemic, Belarus has kept its borders open and allowed soccer matches in the national league to be played in front of spectators.

On May 9, Minsk will host a military parade marking the 75th anniversary of the Allied victory over Nazi Germany, an event that was cancelled in Russia and other former Soviet republics, except Turkmenistan, over fears of large crowds gathering amid the coronavirus outbreak.